If you walk through the rionegrino-neuquino valley, you have to stop and eat some apples on the bank of a river. 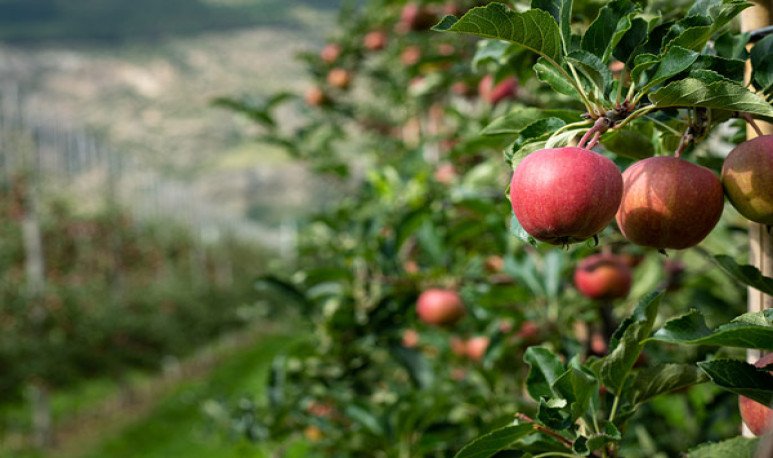 They are famous all over the country and  there are even those who say they are the best . Red, juicy and lustrous,  apples from the rionegrino valley - neuquino are already a registered trademark  in the world of fruits.

This valley is  an oasis in the middle of the Patagonian  plateau   as almost the entire landscape is plain and jarilla. However, in the area of the confluence between the Limay River and Neuquén, where the Negro River is formed, which cuts the north of the province of the same name, a real  oasis  was manufactured since the nineteenth centurywhich today produces  one of the best apples in the world .

In the other areas of the Rio Negro, fruits are also produced, but the  fruit growing area par excellence for crops is what is called the " Alto Valle " , which begins in the capital  neuquin . The Alto Valle is an extension of fertile land of 100 kilometers, which reaches Chichinales;  the productive farms are all bordering the north of the course of the Rio Negro.

The area is changing colors to the rhythm of the seasons . It is dyed with yellows and oranges in autumn, gentle green in summer, browns in winter and roses, white and green in spring when plants begin to bloom.

The first villages of the valley came with the arrival of the railroad in 1899, but  its consolidation occurred since the construction of the Ballester Dike in 1928.   This work ensured irrigation for crops  , from Neuquén, Centenario, Villa Ballester, Cinco Saltos and Cipolletti, to General Roca, Allen, Ing. Huergo and Villa Regina.

Apple is most grown, but  pears, peaches, peaches, nuts, grapes are also harvested.  Apple production generates a whole branch of  related industries such as cider, juicers, cellars, packaging sheds and candy factories.  In addition, they contribute their  consequent relationship to the economy of the cities that make up the Alto Valle and both provinces in general.

The process of the apple tree

The  cultivation of the apple tree requires an extensive path  until it reaches its fruit. Before planting the fruit trees in the farm, you need to level the ground. Then it is advisable  to make the ditches so that they carry the water and plant a double row of poplars on the four sides  of the farm. This is done because of  strong winds that can ruin fruit trees .

Every year the plants are pruned to give them the proper shape and prop up with  posts so that the branches do not break by the weight of the apple itself.  In mid-September,  the apple tree gives thousands of flowers.  At that time  frosts are very dangerous as they can burn them and ruin the harvest  . Every flower is an apple and if the tree has too many, it thins them.

The last months of summer, the much-awaited fruit is harvested. In sheds it is packed, wrapped in paper or cardboard and taken to  its destination;  this varies between  distribution trucks, industrial refrigerators for export, or directly to the house and mouth of the person who harvests  , to the full ray of an oasis sun.