Home Gastronomy Meet La Cantina de Freddy, the most popular seafood restaurant in the End of the World

The first thing to do at the End of the World is to eat the crab of Freddy's canteen; we tell you why. 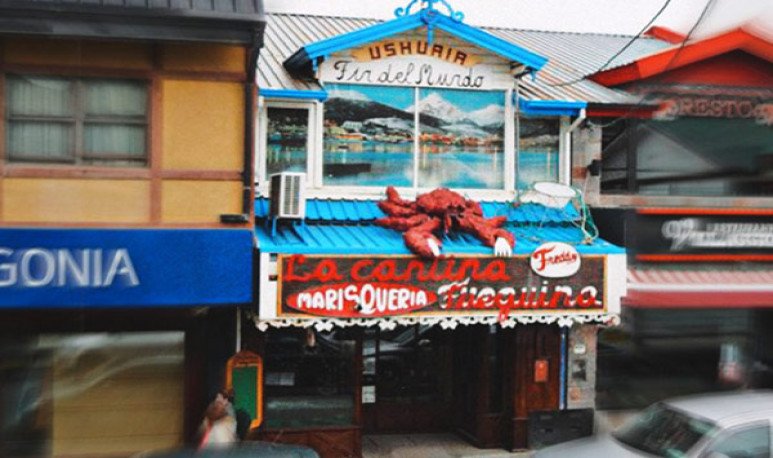 The scientific name that acquires the crustacean of the Atlantic Ocean commonly referred to as  crab is Maja brachydactyla   Balss  . Other names equally complicated receives her sister from the Mediterranean Sea and her cousin from Alaska. Either way, it's always about a  large migratory  crab   . Its shell is full of  spines and protrusions, and can reach up to 20 cm in diameter.  It feeds on a wide variety of organisms such as algae, molluscs, sea urchins and sea cucumbers in summer. This diet gives the crab a hard shell and  soft, refined and exquisite meat . Well prepared, this giant crab is an exquisite dish. Meet  La Cantina de Freddy,  the restaurant where you eat  the richest crab  on the planet... or at least the end of the world.

The continent where this variety of crabs is most consumed is in Europe. However,  in Patagonia there are many places where they also fish  and prepare it as a dish.  Tierra del Fuego  is known for the immensity and proximity of the oceans, so  fish and seafood are a local specialty.

Freddy's Cantina, according to its own owner, specializes in this crustacean to  the point such that 90% of what is consumed there is crab .“The idea came up in 2001, I wanted to have a canteen that combines hearty, local dishes, at a good price and in a decontractured environment,” says the owner of the seafood restaurant. The mote of being  the most popular in the city was also won by the famous fish tank of crab. “ In 2003 it occurred to me to exhibit a fish tank in the stained glass window.  The diner chooses the crab that he likes the most, weighs it, steamed and then  explained to whoever is going to eat it how it is the right way ,” says Freddy. Perhaps some diner may be surprised by the explanation, but it is more than necessary: from this crustacean  only meat from the legs is eaten, so a special scissor is required to extract it.  Dodging the pinches can be complicated at first, but on the third or fourth leg, the ecstatic customer can already boast of his own expertise in peeling the crab's legs.

Freddy explains that the way the crab is most asked for is natural. It can also be served in Provencal, Parmesan, in casserole with rice or, in the case of Freddy's Cantina,  “crab to the canteen”: combined with prawns and mussels sauce, it is the dish of the house.  In the cosy place you can try other maritime meals in the province, such as rabas, trout, various seafood and black hake. “ Black hake is the second most requested dish . It is special because it is fishing at more than 800 meters below sea level and, like the crab, you can get out of the Beagle Canal ,” says the most popular bartender in  Ushuaia .

The texture of crab meat is more similar to chicken than fish, and its taste can be compared to surimi sticks (kanikama in creole).  As for drinks, the proposal is also superior. Craft beer from the area and Patagonian  wines  ,  mostly Neuquinos. The combination of provincial fish and regional drinks makes  diners at La Cantina de Freddy really feel what it is like to be in Patagonia .

With great humility, Freddy indicates that “ a lot of diners come back for food and attention.  The most important thing is that people feel at home.” So you know: if you don't know anything about Patagonia, starting with  this end of the world canteen is an excellent idea.