Mr. Maultasche. A German dish and a history related to Lent. 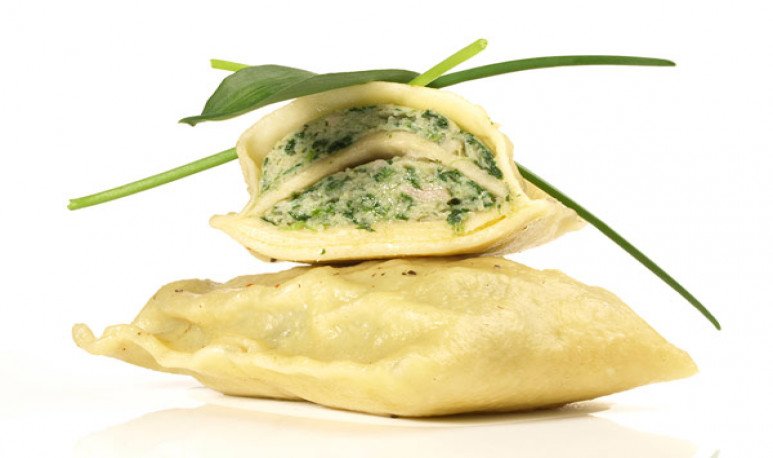 There is a large Catholic population in Santa Fe. And, these days, a very particular period begins for the faithful: Lent. Those forty days when the Christian prepares for the most important weekend of the year. It is done by emulating what Jesus did before his Calvary.

Maultasche is  a characteristic dish of German cuisine.   It is typical of the Swabian region (Germany), and very popular and highly valued in the cuisine of that country. He arrived in Argentina, and is still in villages in the interior of Santafesino, thanks to the arrival of the suffered Germans from the Volga.

And you, reader, will think: what does Lent have to do with a rich German dish? There we go.

On the origin of the Maultasche there are several versions . One of the most particular comes from a Cistercian monastery called Maulbronn Monastery (from here Maultasche can come from).

And here we go back to Lent. Currently, the Catholic tradition is not to eat meat on Fridays of this time. But in other times, the mandate was not to consume it during the forty days. This German legend says that, at the time of Lent, in that monastery they hid meat between layers of pasta, giving rise to the dish (Maul's pockets). The monks called this dish colloquial Herrgottsbscheißerle”. It would be something of a deception to God. As if such a thing was possible.

Other sources  argue that in Swabian families it was customary to eat this dish on Holy Thursday , but only with herbs. Over the years they would have been introducing minced meat sneaking to make the Lent fasting more bearable.

Others say that this food comes from ravioli and tortellini, or also from a Chinese dish called Jiaozi.

Use flour 0000, eggs, a pinch of salt and water in sufficient quantity to achieve a dough similar to that of homemade noodles. German grandmothers say that the secret is to give her a good kneading until it is firm. Let rest. Roll out the dough, cut rectangles and fill them with ricotta, raisins and a teaspoon of sugar, and close them as if they were piroks . Tighten the edges tightly so that they do not open during cooking.

Once cooked, place in a bowl, add to it homemade milk cream and diced bread and onion, fried.

And enjoy this well German delicacy from the Volga. It is recommended to accompany it with milk.

As you will see, the origin of the dish is extremely humble but with a unique flavor and aroma.

Our grandmothers took the recipe from Germany to the founded villages on the banks of the Volga River, in Russia. That was a terrible period in the history of this German people. On their journey, they brought with them the recipe to the colonies and villages they erected here. In Argentina, and in Santa Fe.