Home Gastronomy Love to the Mexican and live la Margarita

The heat started to whip with everything. So we came up with taking out the heavy artillery and dusting the frappé recipe from the Margarita drink. 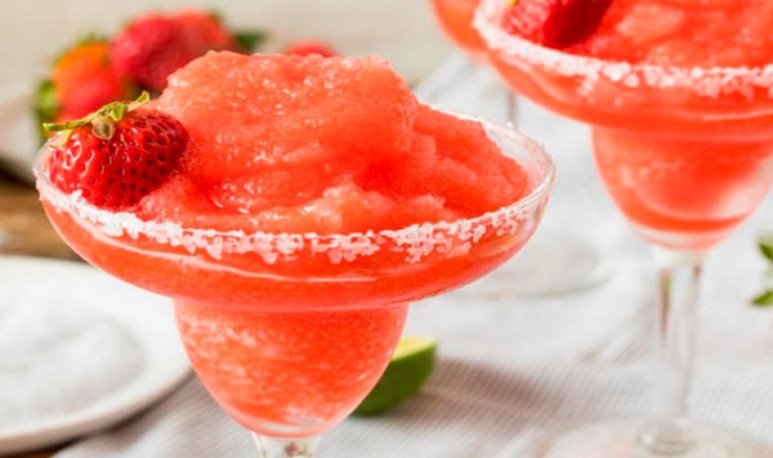 Sugar , salt, alcohol and lemon.  Refreshing and sweet and sour, with so many concentrated factors to get the cold to your brain . La  Margarita  is a  drink  made mainly with  tequila,  which makes you sit again when you want to stop. It is that it is as rich as it is misleading, since its taste makes us forget about ethyl graduations. However, in the right measurements is a summer  cocktail  to enjoy next to the pool or end up dancing without stopping. Of  Mexican origin , the versions of its emergence vary with a single nucleus in common:  women as protagonist .

From Mexico to the world

In  1938 , a man named  Carlos Herrera had a restaurant located between the cities of Tijuana and Rosarito.  There, she created a drink for one of her clients, former dancer Ziegfeld Marjorie King . It is said that the woman was allergic to various liqueurs and tolerated only tequila. However, there is another story dating back to  1941  and involving a  bartender named Carlos Orozco  . The latter worked at  Hussong's Cantina  in Ensenada and would have created a  drink  for  Margarita Henkel  . She was the daughter of a German ambassador at the time.

In this regard, when the girl entered the establishment, the employee offered her a sip of the new invention. Being the first to prove it, she decided to nicknamed him as her. Although the stories don't end here, they keep coming. There are those who argue that Margarita's cocktail was invented by  Margaret Sames in 1948 . She was a  high society lady from  Dallas, United States, who served the drink for her guests in Acapulco. I just had a holiday home with luxurious facilities. One of the attendees was  Tommy Hilton, owner of the Hilton Hotels, and he liked it so much that he popularized it on his chain . But this story has been  discredited .

In addition, there are testimonies that place the drink in the  Tijuana area. It happened when the  employee of a place  was  unadadado with the beauty of Margarita Carmen Cansino, a young dancer  . Then, the waiter made the recipe in his honor. Later, she would become one of the most famous actresses in Hollywood - Rita Hayworth . So we can't say much more about it. Instead, we do know that Mexico is the main stage, so we can  play a song by Thalia or mariachi to accompany .

1.In the blender glass we pour the juice of one lemon, liquid sugar, triple sec and tequila.

2. Next, we add the ice. It is preferable that the blender has the option to grind but if we can break it with some element that we have at hand. The amount is calculated by filling the cup or glass that we are going to use.

3. Then we press the start button and liquify for 10 to 12 seconds (depending on the machine). The best way to know that the mixture is at the right point is when the sorbets get stuck.

4. Finally, we grab a glass or a glass and spend lemon over the edges. On the moistened part we cover with a little salt and add a slice of lemon. Let's not forget to add the two sorbets to share this delicacy or else get drunk faster, as preferable.