Home Gastronomy Lemon pie: recipe and secrets of a dessert that does not expire

Do you have one together and they entrusted you with the sweet thing? This version of lemon pie from the great cook Blanca Cotta is going to help you. 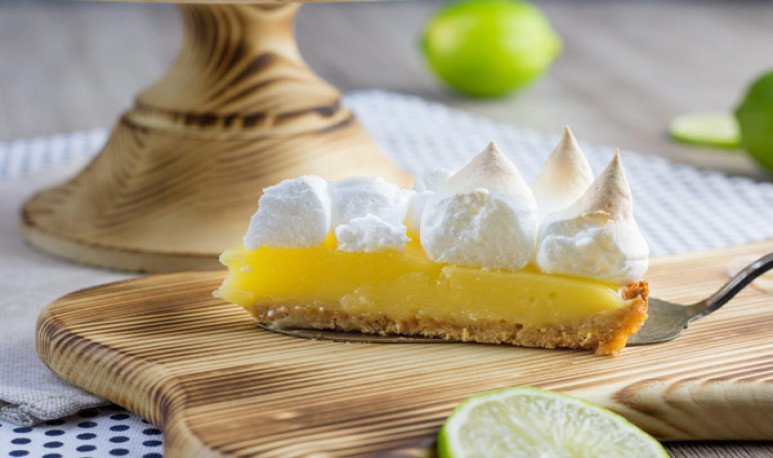 Soft dough, lemon  cream  and meringue flakes that overflow everywhere. So much is said about the  origin  of  lemon pie  that its creation is awarded to various countries. And the stories start from medieval times with the monarchy to the first contacts with American culture. However, the undeniable thing is that there are few places on the globe that do not cook the preparation.  And, while we don't have the patent for the  cake ,  Argentines love to fall to the meetings in their company.iacute; a . Whether it's for tea, mate or after meals, it's always a good time to give you a bite.

It is considered that everything began in  England during the eighteenth century  and with the hand of  Protestants  . There, the filling based on juice and fruit zest would have been made for the first time. Then the recipe took a  trip  through  North America in 1774  thanks to a  Quaker separatist sect  . But it was not only until  1604  that a version with meringue emerged like the one we know today. Still, they report that the first lemon pie recipe with puff pastry and lemon cream filling dates back to  1806 . The  author's  name was  Elizabeth Goodwell  and was a US cook born in Philadelphia.

The woman  ran a pastry shop and organized cooking classes , where among the highlights was our main dessert.   Legend  has it that the idea of merengue arose from the whites left over from other preparations that carried egg yolks . So, success was such locally that the recipe became popular throughout the country, but notoriety was made possible thanks to Eliza Leslie, a former student of Goodwell. It incorporated many of his teachings into a cookbook of its own, including the creation we talked about.

On the other hand, there are gastronomic historians who return the beginnings of lemon foot to  European soil . In this regard, they argue that the cake was  invented in the XIX century by a Swiss confectioner named Alexander Frehse . Therefore, the latter is awarded the credits of combining lemon cream with Italian meringue. So, the truth about authorship will continue to be kept as a mystery. But don't stop us from eating it, please.

1. We tear off with the dough. Crush the butter, yolk, sugar, water and vinegar with the fork, until a paste is obtained.Then add the flour gradually until you get a bun.

2. Smooth the dough with a floured pigeon and place it in a detachable, pre-butted and floured box. Then finish stretching it with your fingers and pricking it with a fork. Trim the edges neatly.

3. Put the cake in the hot oven until the dough is dry and barely golden. Remove and allow to cool.

4. In the case of filling, start by putting water, sugar, lemon juice and starch in a saucepan. Subsequently, mix with wire whisk and bring to the fire while mixing continuously. Do it until the preparation boils and thickens. Remove from heat and pour over previously beaten yolks.

5. Put the mixture back into the saucepan and bring back to the heat, stirring always until it thickens a little more.Remove the mixture from heat, sift into a bowl and, while it is hot, mix the butter and zest.

6. When the cream is displayed, fill the cake by smoothing the surface.

7. We got to the meringue. You need to make a syrup with sugar and a tablespoon of water. At the same time, beat the whites until foaming. When the first reaches 118°, turn it in the form of a thread over the moving whites. Continue the smoothie until the bowl feels cold.

8.For the end, leave the cake in the refrigerator until the cream is firm. Finally, remove it from the cold and cover it completely with the meringue. If we want a golden touch, put it in the oven for a minute. Cool and voila.