Home Gastronomy The queen of cakes!

How to make a rich Imperial Cake 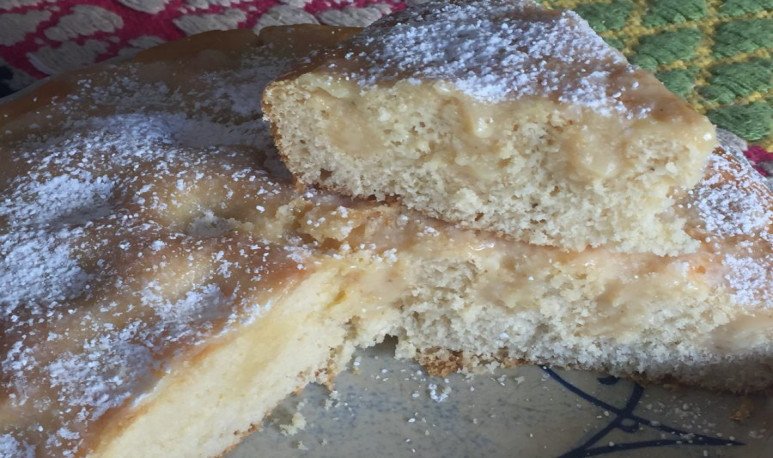 Good day, good day aaaaaa! Today a recipe with yeast. I've seen her a lot and I was curious. They say it is very well known in Vigo (Galicia). It's a mass similar to that of a thread... PUT IT ON!, as the boys say. I'm missing the emoticons to be able to express the message well. With many huequitos where you put a cream and when you cut it, they look. I didn't resist and cut it before it finished getting cold. There are two types of cream I saw, I pass them both. There is nothing written about tastes, both are rich. This is a recipe from Mabel Mendez: Imperial Type Cake (2 units 22 cm in diameter come out) .To prepare the ingredients, which here goes the recipe:Previous Dough20 g of fresh yeast100 cc of warm water50 g flour1 tbsp sugar.Dough40 g of potato flakes (those used to make instant puree) 3 eggs40 cc of oil50 g of grapeButter100 g sugar30cc sherry or white wine1 tbsp vanilla essence.Cream option 1650 cc of condensed milk50 g of butter2 yolksMix the ingredients, bring over medium heat stirring constantly until almost boiling. Remove from heat. If you were left groups because you did not do the task of stirring, colala.Cream option 2Milk cream 600 cc9 tbsp of sugar.Boil until you start to turn yellow and thickened a little.Procedure- We mix all the ingredients of the previous dough and leave covered until it does foamy, about 15 minutes- Mix all the ingredients of the dough, except the butter; Add the previous dough and unite well; Finally, add the butter to it. We knead until there is a soft dough. - Place the dough in a bowl, cover it with film and let stand 1 hour in warm place.We degassed the dough (knead it a little to get the leavened), divide the dough into two equal parts and muffins (with this recipe come out 2 cakes of 22 cm in diameter) .- We stretch each bun mold size, we butter the molds, place each dough in a mold, cover them with film and let them duplicate again.- Now the detail, pay attention: with index fingers, greater and ring we are pricking/sinking fingers all around and then we are doing it inside until we have everything with gaps (as a focaccia); Ideally, circumferences.- Bring to oven at 170ºC for 20-25 minutes Remove from the oven and with hot cakes we will put the cream on top that is at room temperature. We can use the inside out of the knife to enlarge the holes and penetrate the cream.Allow to cool and sprinkle with impalpable sugar before serving.

Mondongo homeland, not so homeland