Hungarians are part of the villages that came to Santa Fe and still maintain their traditions. Meet the knodel, typical food of them. 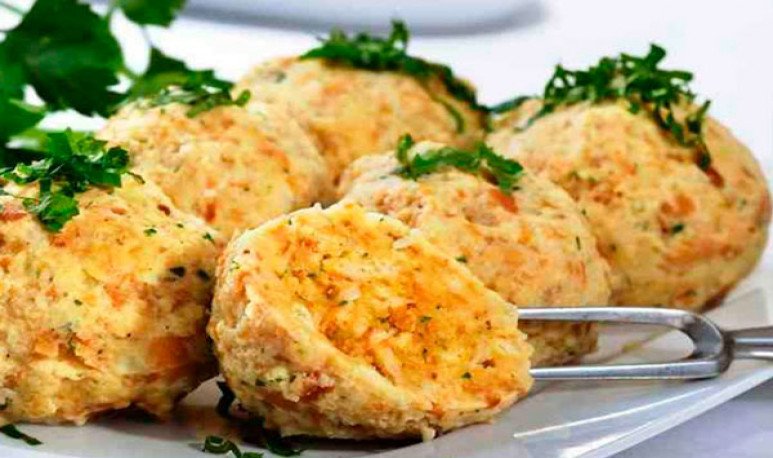 There is  a stereotyped image on the arrival of European immigrants into the Argentine interior . This usually considers the so-called “Volga Germans”, along with the Italians and Spaniards, as the only immigrant contribution that helped the development of  Argentine agricultural colonies . But along with representatives of those nationalities also came others from the beginning of the 20th century. As a result of the expansion of the agricultural border and  the growing demand of European countries for primary products,  other contingents such as Syrians, Lebanese, Jews, Poles, Yugoslavs and Hungarians were settled in the area.

Since 1850 Hungarians arrived in Argentina in groups or individually. In order to preserve and spread their traditions, they then grouped themselves into associations and clubs.Several Hungarian associations were formed over time in different localities in the province of Santa Fe.  To this day, they are responsible for spreading their vast and millennial culture.  One of the logical ways to do this is to continue cooking your traditional dishes. A very rich one, which is not only typical of Hungary, but of several countries in Europe, is the knoedel. Although it can be written as a nudel, this adaptation is not entirely correct and its official German name is Knödel or Klöße. Knödel are dumplings that  can be made in various ways and with various ingredients . They are typical mainly in southeastern Germany, the Czech Republic, some parts of Austria and the Alto Adige, an Italian province with Austrian tradition.

It should not be confused with the German word Nudel, which means  noodles . Therefore, if you travel to an area where German is spoken, it is better to call them Knödel, dumplings in English.

There are different ways to serve the Knödel.  They can be prepared as a main course or as a side dish to numerous meals . In addition, some variants are stuffed and can be cooked both sweet and salty.

This recipe was sent to us from San Jorge. It is one of the main cities in the central west of Santaffesino , where many descendants of Hungarians live. This is a variant of the famous German, Austrian and Hungarian Knodel. A grandmother from St. George, born in Hungary, made them in different ways, salty and sweet. The ones that  boys liked the most, who continue to do them today. In this case, it is the knodel of prunes.

3 medium potatoes boiled in peel and 500 gr of flour. With these two ingredients, make such a dough for gnocchi (peel potatoes).

6 or 8  juicy plums split in the middle without carozo . Sugar and cinnamon mixed (plus or minus 3 tablespoons sugar and two cinnamon)

Roll out the dough into squares about 15 x 15 cm. In the middle, add two halves or one of plums and two teaspoons of sugar and cinnamon,  close or wrap the plums with the dough (it should be large as the palm of your hand ).

Boil in hot water until they float (do not pass because they open). Bread cut into squares (croutons), fry them with plenty of butter and add to them the Knodel (for sure you have to add more butter).

That simple. The knoedel are ready!They are delicious and can be eaten as a dessert, or main meal. Especially  type 19, European dinner schedule.

You can also use imagination with various fruits: red fruits, apricots, peaches. Sweet and  sour are always more delicious.

We hope you like  this contribution of Hungarian culture  to Santa Fe.