Home Gastronomy It's official: chocotorta is the best dessert in the world

Chocotorta was chosen as the best dessert in the world in a survey. Buenos Aires was third among the cities with the best gastronomy. 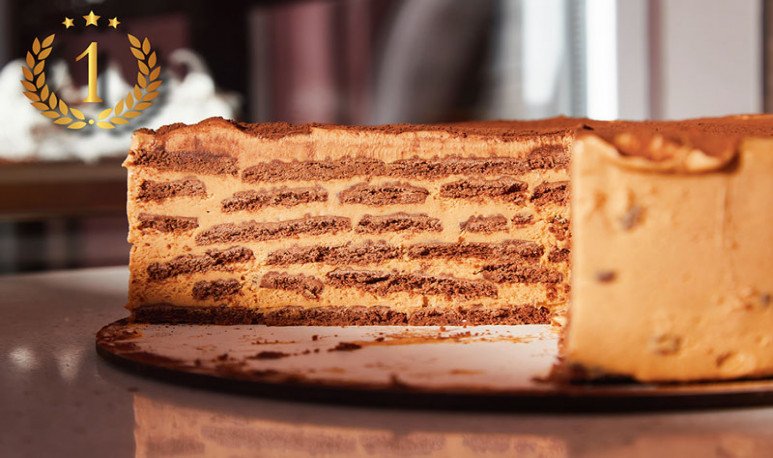 We always knew it, but now we confirm it:  chocotorta is the best dessert in the world . No discussion. This was determined by a vote made by the portal Taste Atlas, in which it came first with more than  63,000 votes .

Who doesn't go crazy about love when someone falls with a  chocotorta  in a meeting? Or when we are on a birthday and, just out of curiosity, we ask: “What is the cake?”, and the answer is much better than we expected:  “It's a chocotorta”.   Everyone loves her . Because it is simple, democratic and does not fail. Some pastry chefs — scandalized — claim that it does not deserve to be called “cake”, but the popular voice dictates otherwise.  In Argentina, we all banked the chocotorta.  And in the rest of the world, those who try it for the first time succumb to its charms immediately.

Created by  Marité Mabragaña  in the 80s as an advertising strategy, it became a  emblem dessert  of argentines. With  only three ingredients , its preparation is within the reach of anyone and does not even need cooking. Just patience, love and dedication. Layer by layer, it is an assured and undisputed success.

The best in the world

What we all suspected was confirmed recently. It was chosen as the  Best Dessert in the World,  according to a vote made through the  Taste Atlas  site. Behind it were other classics of world cuisine, such as Italian pistachio ice cream, German apfelkuchen, Belgian waffles and Hungarian zserbó.

“Chocotorta is translated as 'chocolate paste'. This unbaked Argentinian dessert was influenced by Italian cuisine and was inspired by the famous Italian tiramisu. It is made with three basic argentine ingredients: chocolate cookies, dulce de leche and cream cheese. Biscuits are softened in milk and covered with a combination of cream cheese and dulce de leche. Shapes can vary, while cookies can be soaked with chocolate milk, coffee or even coffee liqueur. It is rarely found in restaurants and is still a novel dessert outside Argentina,” they describe in the portal responsible for the survey.

In addition to the victory of the chocotorta,  Buenos Aires was on the podium as the third best city in the world for gastronomy lovers , behind Paris and Rome. He received 63,402 valid votes from restaurant critics.

Among the salty dishes, our barbecue was a little further away, at the 25th place. The first three were Italian margherita pizza, Turkish adana kebab and Japanese ramen.

You tempted yourself? Make a chocotorta!

If you wanted to pay tribute to the best dessert in the world, we leave you here the recipe for the chocotorta. Although, over time, multiple versions were added.

Ready! Get ready to make a lot of people happy.