Coti Sorokin, singer and composer, is another of the Argentinian musicians who bet heavily on his own wine. We tell you how “Verso” came about. 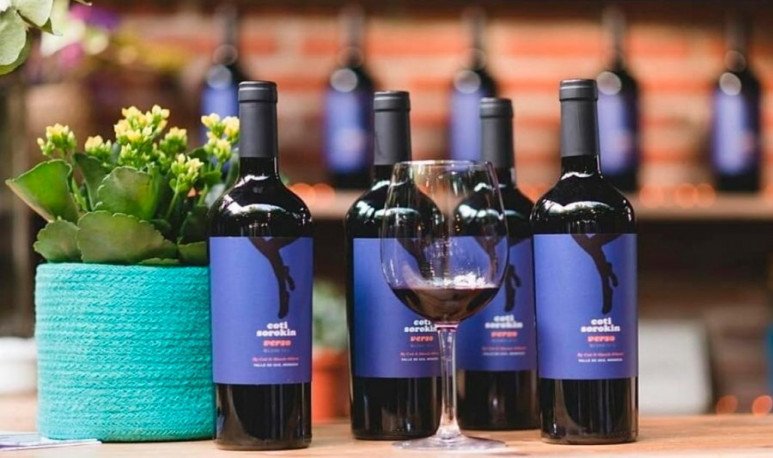 “ Wine is one of the few things that does not require that urgency when it comes to presenting it or launching it, but on the contrary, one knows that these delays improve it: they are investments. I think it's amazing. I didn't know there was something like this, so different from the world of music, where you have to release the single, record a video, do the promo, take out the disc and go on tour. And it's all already!”

These are the words of Coti Sorokin, Argentine singer and composer. He defines himself as a fan and a good winemaker but adds that he knows little about making them. Although this has not prevented him from launching his own blend.

For this he joined the ranks of musicians from all over the country who have developed varietals with the great maker Marcelo Pelleriti. Coti says that they are united by a relationship of friendship in music and that after a meeting in Tunuyán was born the proposal to make a wine .

The singer remembers that when it all started, he didn't want a pure Malbec , and he looked for something with a French touch. After testing several samples, he decided on a composite of Cabernet Franc at 65% and Malbec 35%.

Much has to do with his latest studio release. The process of creating both took place simultaneously, hence their label is so linked to the cover of their disc.

The letters have a great connection with their wine. He called it Verso because he wanted to keep the spirit of the invitation to compose a wine made by Marcelo. He suggested that he write words, verses, memories, fantasies and everything that inspired him that he was trying. The process was a kind of catharsis very associated with the pleasure of tasting. And for the singer-songwriter, the technical thing is valuable, but he cares more that he wants to write something.

Muse is always unrelated ideas that come down from a nebula and are expressed in a song or an elixir.

A clear predominance of Cabernet Franc gives it its great structure and vigor, with a voluminous entry it rejoishes in the mouth adorning its step with the fruit that only a Malbec can bring. In an invitation to the pleasure of sounds, we close our eyes and memories of the days we travel in life flow with the bric of a nectar that fills our papillae and with a long duration we are perceptible of the joy of memories.

Wine is music in itself. It encloses beauty and harmony, planning and composition, expectation and desire.

A blend worthy to be tasted.

In the words of the author “it is a delicious wine, I am amazed”. A flower of great bouquet

In search of pleasures

Meat on skewer in the garilla