Home Gastronomy In the absence of bread, cakes are good

We tell you a recipe to get out of the way when you're missing bread. Because, in La Paquita, they have an unmissable combo in case the bakery closed you. 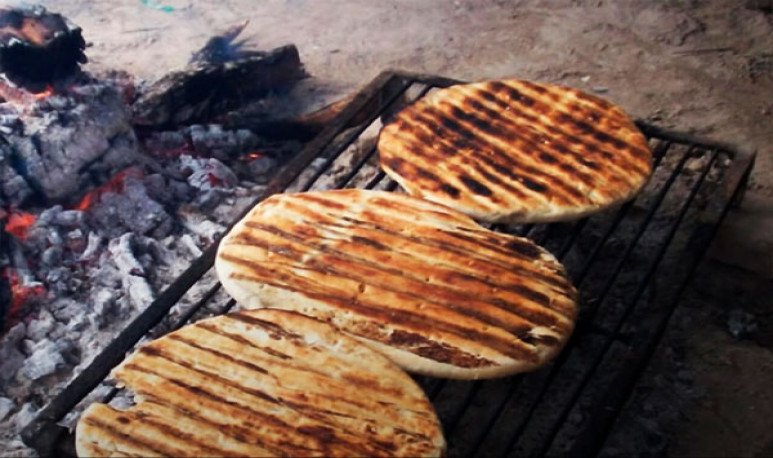 In some houses in Argentina, eating without bread is a sin.   To blow the tummy  in the stew, in the tuco or in the egg yolk is the blessing of the food. Spread bread on food is  the most homemade gourmet gesture  that proves that a meal is  “to suck your fingers”  . In some dishes, you can do without bread... but in others  there is no way to avoid it. The tradition of  having bread on the table , whatever the food, is sacred. And forgetting about getting it looks like it too.

That's why, for those dishes that need their delicious sidekick, we tell you a mini recipe of cakes that could be supplied in the absence of bread miñon. Because we know that sometimes we miss going to the bakery and, if we have guests, we have to  get out of trouble quickly.  These pancakes are traditional from the La Paquita region in Cordoba. But, in reality, they are shared with many localities that are encouraged to  cook the baked bread in  a homemade way.  Accompanied by the well-known saying:  “For lack of bread, cakes are good”,  we find that this expression was not born of cabbage...  We tell you how to assemble roasted tortillas to make up for the lack of bread.

As long as you're doing it relaxed, there's no margin for error. According to tradition, Creole is more trick than science, and that trick is only given by experience.

Once roasted, they are ready to accompany any meal.  Even matte  or matte cooked . Another cooking option is  omelettes to rescoldo.  Once the roast or any meal is finished, take advantage of the ashes of the fire that has been lit for a good time. When the dough is ready (following the steps we already gave you),  the tortillas are placed on the heated floor and covered with hot ashes.  That's enough to cook them and make them  very tasty.

Just give it a jolt before shove it in your mouth!

Whatever  the decision on cooking ,  this delicacy will fall in love with you.  In Cordoba, it is very common to see  tortilla vendors on the side of the route.  Always caserita and well asadita, of giant sizes to last you for the whole week. Omelette is not only good for supplanting bread in any food. It is also good to  accompany with mate, spread with butter   and even, if you are lucky enough  to be traveling in the province of Cordoba, accompany it  with a good Caroese salami.

In the absence of bread... you know!