Home Gastronomy If we eat churros, let them be from El Topo

The most famous churreria in the country was born in Villa Gesell and became synonymous with beach. Today heirs expand the radius and variety of flavors. 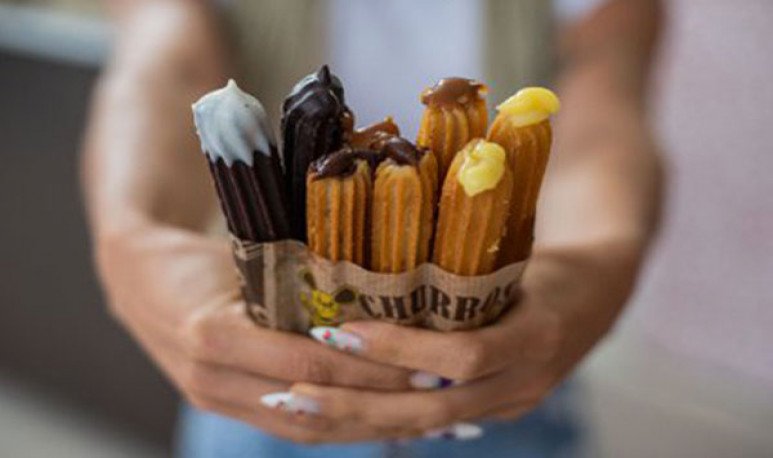 A little mantita, a book, some mattes, sand, sea... what is missing? Some  churros , of course.  The beach without churros is not a beach . Recently, from  Villa Gesell  I uploaded to my nets the photo of a beautiful churro with dulce de leche. Instantly, several of my contacts replied,  “They're from El Topo, aren't they?  ”. And yes, they were from El Topo. I had taken the time to wait for the churrero that identified himself with that name, I had checked that he wore the corresponding shirt and only then — even doubting that they really were the real ones — had bought the churros. Why would I eat others if I can eat El Topo's?

A long time ago, in the 1960s and 70s, Gesell was very different from what he is now. That's what they say “hippie paradise.” It was for those years — more precisely, in 1968 — that two friends from Buenos Aires,  Hugo Navarro and Juan Carlos “Cacho” Elía , decided to move to the spa town to set up the business with which they had not been lucky in the Capital.  They rented a place on Avenue 3, between 109th and 110th streets, and put their churreria . They decided to call it  El Topo  (for the Topo Gigio, of course), without imagining that they would become an  emblem of the category  in Gesell and other localities on the Atlantic Coast, and — now — of the City of Buenos Aires.

Attented by their owners

Although they are on several sides,  all the premises in El Topo are owned by their owners.   Of their owners and their offspring. There are no franchises: behind each of the shops is one of the children of Hugo or Cacho. It would be kind of like a two-family business. Carla, Cacho's eldest daughter, is in charge of locals in  Bahía Blanca and Monte Hermoso , while her sister Jessica manages  Necochea . On the side of Hugo, his eldest son, who bears his name, is at the head of the business in  Mar Azu l; he is followed by Karina, who deals with  Pinamar, Cariló and Valeria del Mar.  But there is one last stem, Juan, who had more ambitious plans:  I wanted to take El Topo to the City of Buenos Aires.

Being a product linked to the beach and summer holidays, everyone considered that it would not succeed in the Capital. But Juan was confident that the bet could work out very well. After all, what Buenos Aires had not ever tasted El Topo's churros on a visit to the Atlantic Coast?  In 2009, he opened his first place in Palermo , in Serrano and Niceto Vega.  It was a success . A success all year round, in summer and in winter. Then arrived the premises of Villa Urquiza, Belgrano, Tribunales, Plaza Irlanda and —soon — will arrive those of Villa Pueyrredón and La Plata.

While all locals in the country are handled with some independence, there is one rule that none should break:  churros,  pellets  and chipá are all sold . However, some also offer croissants or other varieties of  invoices . Others serve panchos and Juan plans to incorporate brewery and  hot chocolate .

If there is something that distinguishes the churros of El topo is that they are not afraid to innovate with the variety of fillings. Although dulce de leche has the clear front, they are not the only protagonists. Another classics of the local are the  churros con roquefort , which awaken loves and hatred to the same extent. There are also those of custard cream and, over the years, they were innovating in flavors: Nutella, Oreo, avocado and cheddar are some of the options.  Recently, vegans were added : chickpea paste, almond sweet, quince and sweet potato. However, as we said, 95% of those consumed are the most adored delicacy by Argentines. Because everything is very nice, but  nothing makes a battle for dear dulce de leche.