The jigote is one of the most attractive dishes of regional cuisine. A real catamarque delight. 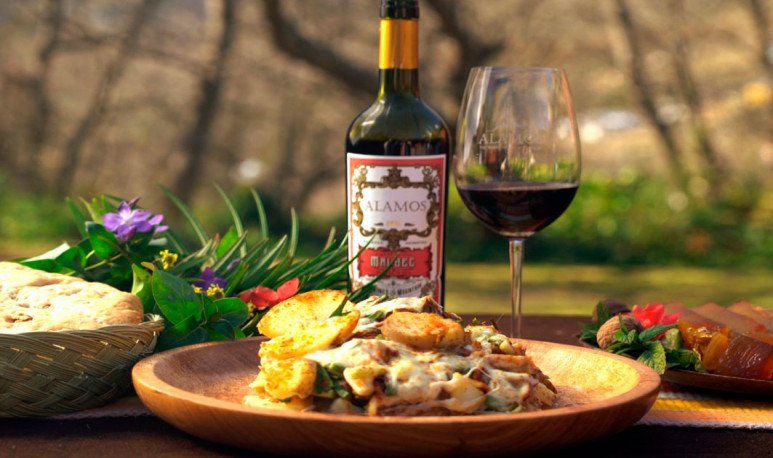 The jigote is not another dish, in fact, it is  the most representative of Catamarca's  gastronomic  identity.  Such is so that he has a holiday in his honor. The dish comes from the department of Bethlehem, and it is there that the  National Day of Jigote is celebrated.  This event takes place on January 3rd and, in addition to a meal competition, offers visitors the possibility to enjoy music and dance. It also has a handcrafted walk and although it is a relatively young proposal, it is certainly an ideal excuse to delve into the  culture of this beautiful province.

This typical dish is similar to a lasagna because it has several layers, but unlike the Italian version it does not carry any kind of pasta. It is considered a complete meal, not very caloric, and was offered as a reward to peasants for their hard working days during the days of cultivation. Its main ingredients are ground meat, potatoes, onion and egg. In order for you to get such a special aroma, different spices are used, but they depend on the taste of the cook.

The classic recipe includes goat meat or beef cut by knife, although nowadays it is more common to make the jigote with the variety of ground meat. The same goes for cheese. Those who wish a more indigenous taste should buy goat cheese.

1. The first step is to make the broth, which is turned over at the end of the preparation. A saucepan with water is placed up to half and seasoned to taste. You can choose to use paprika, pepper, oregano. Although it is advisable that the broth is homemade, some choose to place an instant one.

2. The meat is cooked in a frying pan and add the vegetables that have been chosen to it. Some recommend to put a little white wine and let it finish cooking over moderate heat. Remove from heat and allowed to cool.

3. On the other hand we need to boil the eggs and cut the potatoes like thin slices. The same should be done with bread, which should be seasoned with garlic.

4. The assembly of the saucer, as it was said, is similar to a lasagna. First place a few drops of oil in the pot that is chosen and the potatoes are placed in the base, then put the onions, meat and then the bread.This preparation is covered with the green hours of chard or spinach and repeated until our ingredients are finished.

5. As the layers are interspersed, the broth we had reserved is turned over. The last layer of our jigote should be potatoes and here cheese and boiled eggs are added.

6. Finally the preparation is re-sprinkled with broth and it must be coated with foil.

7. It is left approximately 30 minutes in the oven so that the cheese is gratin and everything is ready to delight in this catamarque marvel!