Home Gastronomy How to make the perfect empanada

Ana Laura Cejas was consecrated as the National Champion of Empanada and revealed her great secret to us. Two tips you'll have to keep in mind. 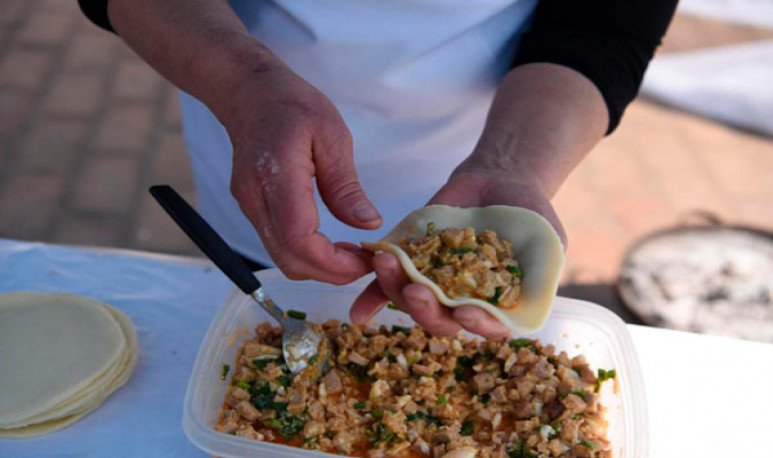 As every year,  Famaillá , located 36 km from  San Miguel de Tucumán , is celebrated the traditional  National Festival of Empanada in September, organized by the Directorate of Tourism of this municipality. This year, the 41° edition was very particular and different due to the pandemic, but this town managed to choose “The National Champion of the Empanada”. The pre-selection was carried out virtual and the event was framed in an atypical context in the Bicentennial Historical Theme Park, where a series of measures were applied to prevent coronavirus infection.

In front of a jury composed of authorities and referents from that city, the candidates complied with all the biosecurity measures imposed by the organization. The finalists of this  contest  were Gladys Perea, Mirta Arrieta, Estela Neira, Noemí Rivadeneira and Ana Laura Cejas. Each of them, with masks and beards, respecting social distance, tested their skills and  secrets  for the elaboration of this delicacy, which is considered and recognized nationally and internationally as the characteristic food of the  Tucumans .

On this occasion, the president of Ente Tucumán Turismo,  Sebastián Giobellina, congratulated the contestants, and said: “It is a pride for all Tucumans to have a gastronomic product such as empanada, so iconic, that represents us throughout the country and the world. Despite the peculiarities of this year, we were able to have an impeccable party with some finalists who offered us an exquisite preparation,” said the official last month.

In an atmosphere full of emotions,  Ana Laura Cejas,  50, was consecrated as the  National Champion of Empanada  , and Gladys Perea as the runner-up of this contest.

Our medium spoke with the champion, who became the representative of gastronomy at country level.  Ana Laura Cejas is from Famaillá (Tucumán) and still excited about that moment.She told us that becoming a champion was one of her biggest dreams, and in other editions she had also participated, for example in 2013 she was elected as runner-up.

More than 10 years ago,  tucumana  is dedicated to this area, she began selling her rich empanadas in her home.  “ It was something I was born to do for a weekend. I started selling only on Sundays, then incorporated on Fridays and Saturdays, and then I dedicated myself to selling for different events, and that's how it all started,” he told our media, at the beginning of the interview.

Then he added who was his source of inspiration. “I learned to make empanadas thanks to my mother, she sold at home since we were little. But for different reasons he never showed up for this event. That's why I encouraged myself to do it. I wanted it very much, that's why my triumph I have dedicated it to my mother,” he explained. Like every lucky person to work on what he loves, Cejas told us that he found the event very beautiful as it was awarded for his work, which is what he loves most in this life: making empanadas.

The secret of the tucumano delicacy

Every cook has her secret when she begins to prepare the dough and the forcemeat and Ana Laura revealed what is yours to our medium, and what allowed her to consecrate herself as the National Champion of Empanada.

“The empanadas I make are knife-cut matambre (as it should be), and juicy. To do this you need to bring all seasonings for preparation. But the most important thing in this process is when I start preparing the dough, which I make it boiled, which allows me to get a puff pastry. This technique is the one that the jury liked the most,” explained  Ana Laura . It also adds an indispensable plus. “I always think I get rich because my secret is to do it with love, because I love my job. I put all my effort and love into making empanadas and that's why I chose the jury as a champion. I have been very blessed by God,” he said.

At the end of our interview, the tucumana, with her voice cut by the emotion generated by her talk about this award, reiterated who she dedicated her triumph to. “To be consecrated champion of empanada is in honor of my mother,” he concluded.

Fish sucker that is for eating and not for dressing

Do you want to sweeten your days? Add pastry cream