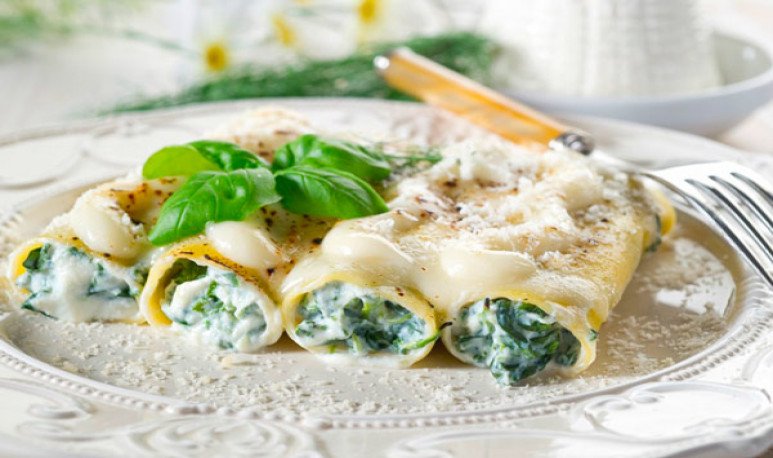 Cannelloni are a recipe with multicultural origin. Its most essential part,  pasta, has an indisputable Italian origin.   The name comes from the Italian word canneloni, which in turn comes from canna (cane), thus referencing its stuffed tubular shape. Later the cannelloni recipe included the  softness  and creaminess of the white sauce.

Cultural exchanges and the passage of the years have changed this recipe until we reach our days.   Today, in our country, when we prepare cannelloni, we no longer use the thin square mass of its original recipe. We have replaced it with the  pancake or pancake dough , which has few ingredients but requires patience and time. For the comfort of cooks, this is no problem. After so much work, you can save one or two extra  pancakes  to fill with dulce de leche and give yourself a well-deserved prize. Also, we can do some others to prepare a pancake tower.

This recipe comes  from Rosario, which was the birthplace of the first Italian immigration to Santa Fe . In 1853, through an important national plan, a contract was signed between the government of Urquiza and the colonizing company of Don Aarón Castellanos. Thus, in order to increase immigration, on March 24, 1854, the first Italians arrived aboard the Asunción steam in the port of Rosario.  They came with their hopes placed in this new company  and the amazement drawn on those faces tanned by the despair left behind, and they also came with their recipes that would mark Argentina forever.

Beat eggs with half the milk and flour until a homogeneous mass without lumps. Add the rest of the milk until the dough is lightened.

Let the dough rest in the refrigerator for about an hour.

Place on a plate covered with film.

Remove the excess fluid that has released the spinach.

Mix in a bowl with chopped cooked ham, grated mozzarella, pate and seasonings.

Make the white sauce by putting the butter and flour in a saucepan.

Cook until boiling and season.

Make the tomato sauce by putting olive oil in a saucepan.

Once  hot  put the tomato at once.

Add the water and let cook over low heat until thick. Spice up.

Fill the cannelloni and place in a dish that can go to the oven. Saucet with white sauce first, tomato sauce later, cover with grated cheese.

Gratin in a strong oven for 10 minutes. 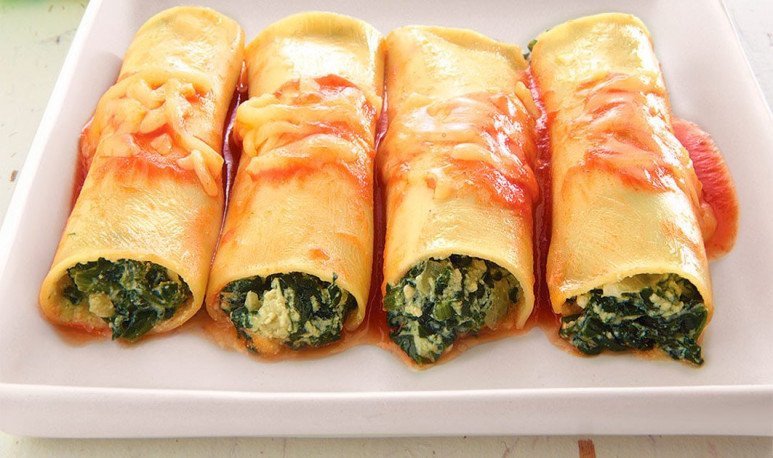