Home Gastronomy How to make a bricelet

Bricelet is a typical delicatesen of Swiss immigrants. It is not difficult to prepare, but there is one detail: a breezletera is needed. 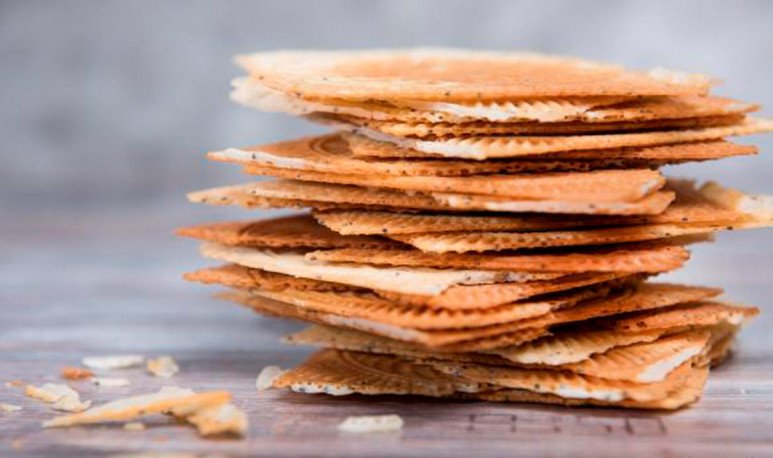 Colonia Belgrano has a bricelet party. Maybe you've already read about it in our  traditions section. It is a very particular celebration, so particular it is, in itself, the bricelet. This  species of masita  can be found in very few places in Santa Fe. Towns and cities that have as common denominator to have been founded or populated by Swiss or  German immigrants. That's the case, of course, of Colonia Belgrano.

This town was founded on March 8, 1883. Remittances from settlers  from Germany, Switzerland, France and Italy arrived to the center-west of the Santafesino interior . They brought in their baggage clothes, tools, utensils, suitcases, musical instruments,  seeds , plant saplings and many dreams. They brought their Christian faith and, perhaps, kept in some Bible some folded paper that recreated the recipes of the meals they prepared in their homelands. Thus, from the handful of dreams of a group of families arose Colonia Bel Grano, “beautiful grain”, saying the Italians. The best tribute for the Belgranan ancestors who founded the colony on March 8 is  to recover part of their culinary legacy.

If you never saw one, the bricelet consists of a sweet masita. It is made from butter, eggs and flour, and has figures embodied on their faces, which are made with the breezletera. This is the only difficulty that involves the preparation of this dessert or sweet biscuit. The breisletera  is a special iron, without which the bricelet can not be achieved . They can be purchased online. In Colonia Belgrano, every family has one. Some even market them.

Belgranenses give this recipe known because it   reminds them of their childhood  . Time to help mothers and grandmothers. Make with small hands those sweet dough balls that they would then cook. They did it with old grey cast iron breezlets with two long iron handles, which their grandparents had brought from  Switzerland . They made them on those very remembered wood-burning stoves.

Over the years, technology was advancing. Nowadays breezers are made of cast aluminum, much lighter, but retain their traditional iron handle (shorter), suitable for cooking over conventional cooking or cooktop.

Currently, several decades have passed, some  Belgranenses manufacture the machines . They continue to cook the  masitas  with their own hands, continuing the legacy of their ancestors, who made them with so much love.

Beat the butter together with sugar. Then add the eggs and whisk well. Finally, add the flour with cinnamon or lemon zest.

Knead and form buns that will be cooked in the very hot breezletera, previously smeared with lard fat or lard.

The culinary universe of Santa Fe

Chancho's ducklings for the mattes