Almost by default there is a need, in spring-summer, to introduce ourselves to the world of the freshest drinks, which allow us to toast. 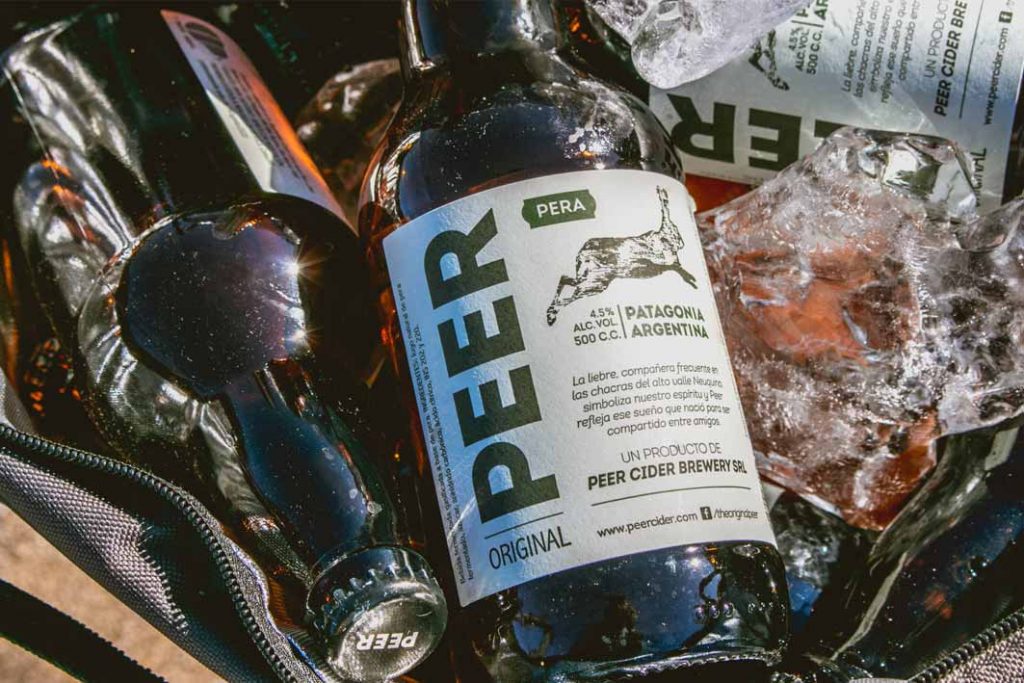 Cider, which for decades lived in the shade of sparkling wines, also seeks to take advantage of new consumption habits with higher quality products and the launch of unexplored varieties. It becomes artisanal and bets on bars leaving behind its image associated with unsophisticated and cheap product.

The country ranks sixth in the world, behind markets with greater tradition in the consumption of this drink such as the United Kingdom, South Africa, the United States, Australia and Spain.

With a panorama of potential growth in the artisanal sector and looking for innovation in a poorly exploited niche, with Williams pears as input, engineers Marco Zec and Marco Dogliani together with the accountant Nicolás Aragón founded Peer, a project born in late 2015. One of the major challenges they encountered was the current food code, which states that only apple based drinks (with up to 10% pear) can be marketed under the name of cider. Indeed, in countries such as New Zealand, where the idea of this elaboration started, it is allowed.

The “cider”, whose word comes from the Latin with the meaning of “intoxicating drink”, is an alcoholic beverage of low graduation that does not exceed 5°. And its history goes back to the Hebrews, Egyptians and Greeks, but the evidence dates back to around 80 AD where Latin authors mention drinks made with pears and apples.

The production of cider shares with its cousin, the sparkling, the same processes: harvesting, grinding, pressing and fermentation. Because of its uniqueness it is necessary to differentiate natural cider from gasified cider.

Peer's handmade pear cider is made with fruits from the Upper Valley of Río Black and Neuquén, Argentina and the design of its presentation shows the concept of what is inside the container. 500 cc bottle with a crown cap, sober label with a hare suspended in the air, clear with letters in dark green and the legend cider, according to the food code and brand Peer as an anglicism that invites us to “look carefully” a clean and transparent drink, with fine and effervescent continuous bubbles. Fresh, agile, with great fruit flavor. Well-controlledacidity and mild sweetness that causes a great memory in the mouth and an exaltation of flavors. Worthy drink to accompany the most daring salads , light tapas and hot afternoon refreshment. Infaltable at the time of the pleasant toast of friends.

Once again, as a result of a crisis in the fruit sector, innovative ideas emerge in the country and the

The true patties of Santafecinas

All to the pot

Between the Diaguitas and the Jesuits