Home Gastronomy Green tomatoes, but not fried: in jam and pickled

Is green tomato used to make recipes? Of course you do! We bring you two exquisite preparations. 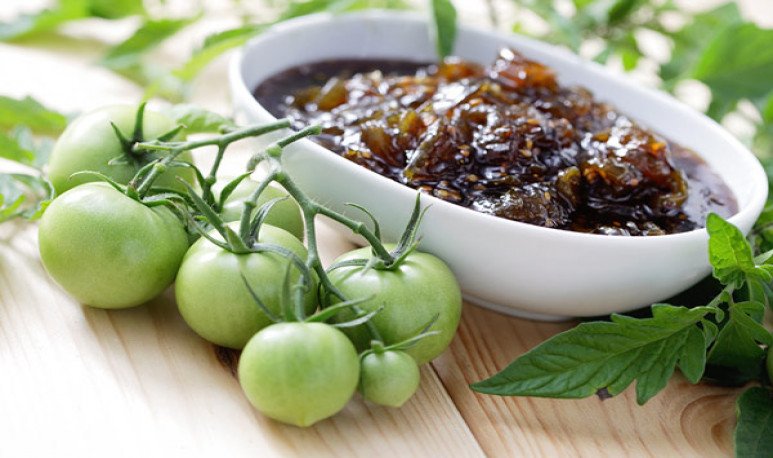 What to do with green tomato ? In  Chubut , the  Welsh tradition that came to the valley with settlers in 1865 passed on from generation to generation the virtue of harnessing tomatoes with all kinds of recipes.

It turns out that at the end of each  summer season, it always remains unharvested a lot of  tomatoes  and, before the winter frosts arrive that could spoil them, some choose to take advantage of green tomatoes. One of the methods is making  jam , and there is also another recipe in the antipodes -  pickled .

For this preparation you need two kilos of well-green tomatoes, to brush them, wash them very well and cut them into small pieces. The recipe is completed with a medium lemon -or two small-, 1600 grams of sugar and half a cup of water.

With lemons we follow a process similar to that of tomatoes, but in less quantity: we select two nice yellow lemons, brush them and wash them very well to cut them into finite plasters “peel and pulp”.

Then place the lemons and tomatoes in a saucepan, along with half a cup of water.

When everything is already in the pot, we proceed to boil until a quarter of the liquid is reduced, that is, three quarters of the product remain. It is at that time that sugar is added, trying to quickly integrate with the help of a spatula.

When you break the boil, let it pass between 20 and 30 minutes and try on a saucer, if it does not run it is ready.

The sweet should be hot packed in clean, dry glass jars, then cover them with new half-thread lids, invert the jars for 5 minutes, then labeled. They should be kept in a cool, dark place.

Green tomato jam is widely used in the  Welsh tea service , a classic of Chubuten cuisine in villages such as  Gaiman   or  Trevelin   . Recommendation if you reach the south and are going to drink tea: you have to go without lunch, to enjoy all the delights. And you probably won't have dinner that day.

But jam from green tomatoes is not the only recipe. They are also a pickled delight.

First you need to cut the tomatoes into slices a centimeter wide and place them in the pot, covering them with vinegar.

Then boil until they change color. How do we realize it? because tomatoes begin to get more transparent. It is at that moment that we need to take them out of the pot and strain them to allow them to cool.

Then, in the jars, start placing a slice of tomato, a little oregano, a few sheets of garlic, a little chili pepper, peppercorns and a splash of oil, until complete the jar.

Once the jar is full, put a knife through the inner edge so that the air bubbles come out and fill those gaps with oil, until it covers the last slice of tomato.

Then cover and boil the jar for 4 to 5 minutes to generate the vacuum, placing it in a high pot to prevent it from breaking.

Recommendations to enjoy this recipe:  go barbarian in a  mince  or to accompany meats.

Do not forget to keep cold once the jar is opened!