Home Gastronomy Go to the corner in search of a carasucia

If you hear the word carasucia in Corrientes, don't take it personally. They're telling you about a cake you're going to want to delight. 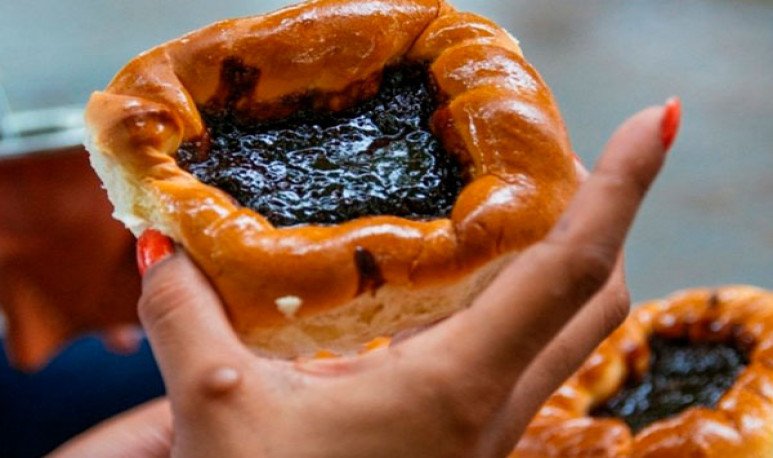 Flour, fat and black sugar. The  carasucia  is  an entity in itself  that is transmitted from  generation to  generation   . It is a  panificado  that emerged in the town of   Esquina ,  Corrientes ,  and it's only done there. The first batch came out a long time ago and gained so much popularity that it reached the best confectioneries in the area. To the point that  today can not miss  within the selections offered to customers.

There, it was perfected and each trade added its touch when it comes to preparing it. However, it is also known elsewhere in Argentina  thanks to locals . They were responsible for  spreading the word  during their travels and sharing it with friends or family.

One more among children

As far as its  origin is concerned, it is said that it came out of the oven of a bakery belonging to an   immigrant neighbor . This was based in  a rural area  of the village near a  school . Therefore, at the departure time, the guys  were running to the business to buy the handcrafted product  .

In fact, it was  named  this way because  the dark contents stained the faces  of the little ones when they ate it. In addition, the word carasucia itself is  sympathetic , so the term  quickly settled between teachers and pupils. It should be noted that its production requires  manual skills  to neatly perform the  edges  . This is because it is what protects sweet prepared with black sugar.  Currently, we're going to find it anywhere in the city .

Ingredients for a dozen

1. Mix all components, knead and let the dough stand so that mild.

2. Once it's ready, cut it into buns. Then, we proceed to stretch it and form circles, which will carry repulgues on the edges like empanadas.

4. When removing them, add the preparation with black sugar that we will leave below. But you need to enter them again for cooking until the edges are browned.

5. Finally, when they are finished, they are painted with jelly or syrup. Also, black sugar can be added to the white of the dough to make it darker.

This consists of combining 1 kg of black sugar and 500 g of 0000 flour, common, or it can be cornstarch. The latter are of great relevance because they will give it thickness. Subsequently, warm water is added to it in quantity necessary to make it pasty. The build should be lighter than a puree.