Home Gastronomy Give the Volgas the shared patent for Pirok now

Today we present you a meal that went from Russia to Germany, and then shoot the whole world. We're talking about Pirok and the Entrerrians know it. 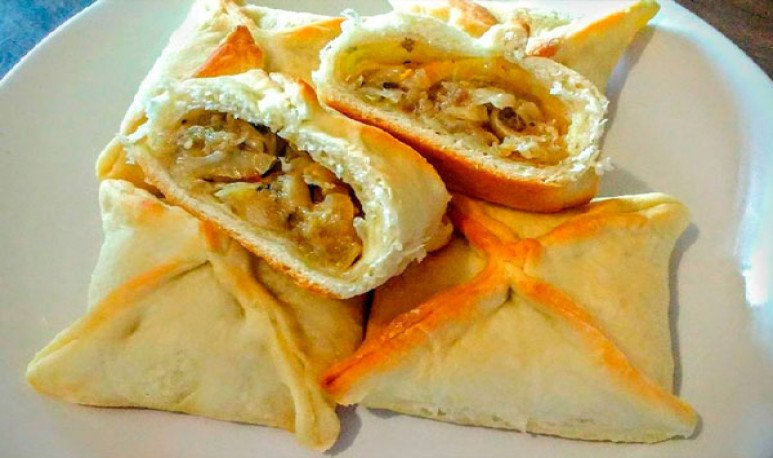 Its magical and secret component is  homemade bread dough.  Pirok or Kraut Pirok  used to be  food for poor Russians  . While in  Germany  it was that of  the  farm workers  . This was because it was a  practical dish  to make and take away, like meats. The recipe passed through  countless generations and reached the central and eastern parts of the United States, particularly Kansas. There, they are called  Bierok . They are also in Nebraska and are called  Runsas or Runzas . Then they went on their way to Canada to delight the diners in the area.

Of course, it would not be long until he arrived in  Argentina , if we are  immigrant land . Therefore, today we can enjoy it thanks to the  Volguans  who settled in and gave us endless  gastronomy  in return. Most of all in the south of the province of Buenos Aires, Entre Ríos and La Pampa, among others. In fact, in  cities such as Crespo or General Ramirez  there are  festivities  that honor Pirok. At the same time, it is quite common  to make sales to raise funds  and help institutions. In addition, they are   popular   at lunches, dinners or social gatherings in the  German community  .

Originally  only cabbage was used for its content, as well as salt and pepper as the only seasoning. However, the elaboration was gradually  perfected  and other  flavors  adhered. Some of them were onions, potatoes, meat and spices, which vary depending on the taste of the person preparing them.

Ingredients (corresponding to 3 or 4 dozen)

Preparation of a real Pirok

2. Chop the onion well and sauté it in a saucepan with a drizzle of oil.

3. Gradually add half of the small chopped cabbage (the heart and the inner part are discarded). In turn, cook over medium heat with the covered pot and stir occasionally with wooden spoon.

4. Add meat, salt and ground chili pepper (you can add oregano too). Do not forget to keep stirring while.

5. Add the other half of the small chopped cabbage and cook until you see that it takes a brown color.

2. Dissolve the yeast in warm water and half a cup of oil.

3. Mix with flour and knead until it takes an elastic consistency and does not stick to your fingers.

4. Cover the dough and let it stand about an hour for it to lift.

From everything we did previously:

1. Roll out the dough until it reaches an approximate thickness of 2 mm and cut it into squares of about 10 x 10 cm.

2. Add to each square a tablespoon of filling and close them by joining the four tips.

3. Place in a pre-oiled tray

4. Bring to a moderate oven until golden brown.

Bonus track: as an option, there are those who fry them in vaccine fat.