Gastronomic rebels from the porteño menu

Four personalities from Buenos Aires propose a new way to captivate diners around the world. 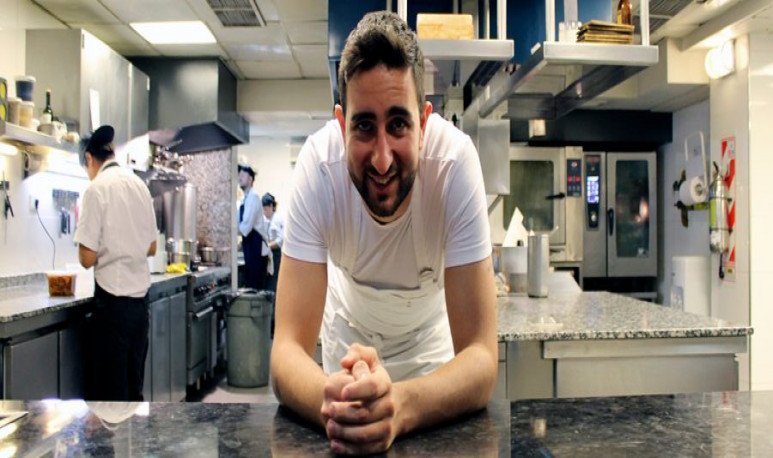 Buenos Aires  has strong culinary traditions, with classic dishes such as  empanadas  ,  milanese ,  stews , a variety of  pizzas and, of course, legendary meats  . Today, a new generation of chefs is shaking Buenos Aires palates, maintaining, revaluing and refining classics to revalue old shops, with the aim of maintaining quality and boosting sustainability.

“When you eat you're consuming a unique piece of art: a chef makes ephemeral art, like graffiti. And the better it looks, the more you want to eat it.”

Manu  Donnet  is a chef who tries to dispel two great myths: that  Buenos Aires  only has to do with meat and that healthy food and  vegan  is uninspiring.

Accidentally located in the emerging Chacarita neighborhood, surrounded by rendered furniture, it is inspired by Ferran Adriá's molecular gastronomy to cultivate  vegan  haute cuisine with the creative style you might expect from a high-end restaurant.

The young chef, who is not strictly vegan and began her career at a  McDonald's local, gets most of her raw material from small organic gardens in the province of Buenos Aires. His nod to the Argentine tradition comes in the form of mushroom empanadas (the only time he uses flour) and, although he does not make pizza , he carries out a radical reissue of la fainá, a traditional bread from chickpea flour served as an accompaniment to the pizza in Buenos Aires.

“Cooking is a responsibility and you must do it with conscience. As a cook, the best thing I can give to the world is vegan, raw and tasty. Most people who come are not even vegetarians and that's the goal. I did not intend to make a restaurant for vegans, but a restaurant that showed people who eat  grills  that they can also eat mushrooms from time to time.”

The butcher who goes out to save the world

“Some people think vegetarians are the enemy for a butcher, but the vegetarian movement has made a great contribution to our appreciation of the quality and traceability of what we eat.”

Ariel Argomaniz is a  chef  who became so obsessed with the quality of his raw ingredients that he decided to change trade and became a butcher. With a commitment to end-to-end cuisine, it is part of a new generation of  hipster  artisans who passionately revalue the traditional crafts of Buenos Aires. At  Amics , along with his childhood friend Mariano Cafarelli, his goal is to help reduce the waste of the beef industry by acquiring whole animals rather than just the most popular cuts.

His mission is favored by the strong Buenos Aires tradition of throwing  churas on  the grill, but he argues that there is still a lot to be done. Among other things, Amics offers cooking classes and tastings, surprises people at festivals with tongue  milanese  and introduces recipes for those who are not very sure what to do with, for example, an ear of pork. And while Amics fits perfectly into the Palermit vibe and sells meat to some of the city's most modern restaurants, it also maintains a strong tradition in the neighborhood.

“We want a transformation, but that is for everyone, not for the elite or the experts. We're a butcher's shop, not a jewelry store.”

“We call ourselves  Savage  for a reason. Every day our  bread  comes out different. It's like an organic garden where no two tomatoes or  carrots  are the same.”

Bread and coffee are key foods in Buenos Aires: on the one hand, the most typical breakfast is  coffee with milk   croissants  and, on the other hand, people buy bread per kilo in the city's bakeries. However, the  chef  turned baker Germán Torres is refining a traditional trade, moving away from bread as a standardized industrial product. He brews it by cooking with natural sourdough in a garage converted into bakery and cafeteria in Palermo.

Torres says that the work is therapeutic because of the patience involved in working with these elements and experimenting with different types of flours. Argentine classics that crossed the Salvajo philosophy include, among others, the beloved  alfajores , reinvented with rye and flaxseed and stuffed with a mixture of  dulce de leche  and peanut butter.

“I tried to make a buckwheat alfajor and... It was horrible! We try new things, break old recipes and make ours. The kitchen is a laboratory.”

The chef who discovers the country through its ingredients

“I have worked in  France  and elsewhere in  Europe  and there is something which I can say: we have a lot of things that are not achieved elsewhere.”

Pedro Bargero cooked around the world and his mission in his homeland is to invite diners on a journey through the richness and variety of  Argentine national products. Among different methods of preparation, it also includes the traditional rusticity of the cooking to the embers.

As head chef in  Chila , a restaurant in Puerto Madero that has its own farm and dairy products in the province of Buenos Aires, Bargero is responsible for exalting local raw materials in the dishes of international diners. They use, for example, black hake, rhea meat, mushrooms,  quinoas , herbs and native plants. The result is an educational and culinary experience, with maps showing where the products come from and, as in any trip, there are always surprises.

“I try to make my menus look like a trip, with surprises along the way that break people's expectations about what is going to happen.”

5 steps of the best roast

At the height of the circumstance