The jury was made up of about 60 recognized experts who verified that “the Argentine pizza managed to be among the top ten places once again. 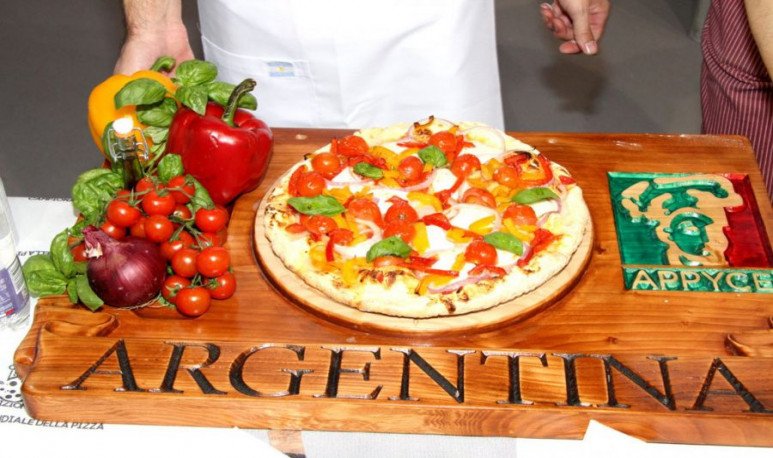 Four Argentines were among the top ten pizza makers in the world in different categories in the 28th. World Pizza Championship, which was held in the Italian city of Parma, reported today the Association of Owners of Pizzerias and Empanadas Houses (Appyce).
The Argentine delegation, which competed against 763 teachers representing 41 countries, was composed of nine members, led by Javier Labaké, director of Appyce.
In the category “Pizza without gluten”, Diego Dávila (pizzaiolo, teacher, advisor of partners of the association), obtained fourth place out of 94 participants, when in the previous edition Argentina had obtained ninth place out of 69 participants.

In “Pizza en Pala” (or “In Pala) Miguel Villalba, winner of the Argentine Pizza Championship 2013, obtained fifth place out of 142 participants.
Gastón Tello (winner of the Argentine Pizza and Empanada Championship 2017) won sixth place in “Pizza Napolitana” and Diego Dávila eleventh out of 75 participants.
While Hugo Bazá” from Salta and coordinator of the School of the Union of Pastry Workers and Pizzeros of that province, obtained ninth place in “Pizza In Teglia” (to mold) out of 83 participants.
“ Without a doubt, Argentine pizza is ranked among the best in the world climbing positions year by year in this, the most important competition in the world dedicated to pizza,” Javier Labaké told Télam.
The jury was made up of about 60 recognized experts who verified that “the Argentine pizza managed to, once again, rank among the top ten places, this time in four of the 12 categories that made up the contest”, indicated from Appyce.

What is the vintage of a wine?

Water from Patagonia to the world

Fernet is the ugliest drink in the world

Three tea blends that will rank your cupboard