Home Gastronomy For oenophiles and newcomers

Juanchi Baleiron is the guitarist and singer of Los Pericos, who, in addition to his passion for music, opened the horizon to the wine world. 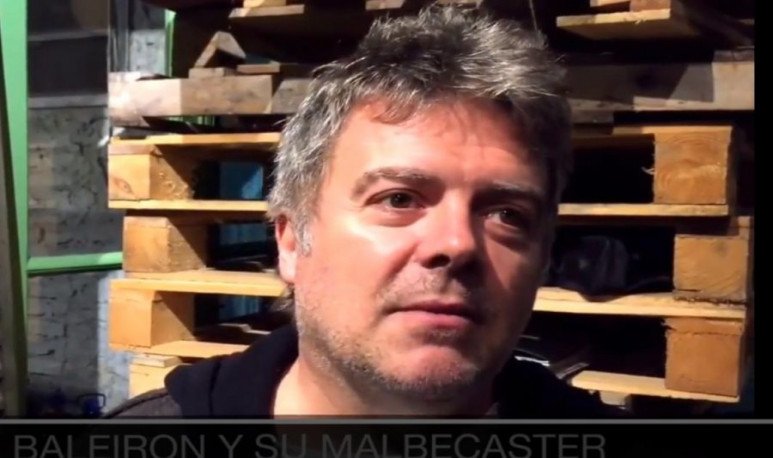 Sarmiento  met Pouget in Chile during his exile and convinced him to replicate the initiative of having an experimental site in Mendoza  , similar to the Paris Normal School, in order to enhance agriculture in the region.

Among the vines that Pouget brought in 1852 was the first malbec to be planted in the country, since that time it had a wide spread, reaching almost 58,000 hectares in 1966.
It is that malbec is the most chosen strain by Argentines and the one that best adapted to our terroirs making them own.

Juanchi Baleiron, guitarist and singer of Los Pericos, has also established with wine a relationship that goes beyond that of an amateur and especially with this strain.
A few years ago he presented Malbecaster, a malbec 100% from Valle de Uco (Mendoza), with 12 months in barrels. A wine designed to please the winemaking and the newcomer, pretensions of being the companion of the barbecue and meeting friends.

With a good body and lots of fruit. Wood present only to be the spine that holds a ripe grape that sprouts from the glass. Slightly spicy and the tannicity necessary to accompany a well-seasoned dominguera pasta. It is the wine that stains its passage with purple tannins that have grown on your skin until the right moment.

As for its name, it comes from the combination of the chosen grape with the body of Stratocaster guitars. Two words that are spoken equally everywhere, and are not unknown to anyone.

“I like to break the mold of those who usually consume wine and corroborate it with this. It is an easy wine to enter and for those who want to climb a step in this world. It makes me happy to know that it is a product that triumphs on its own, it's not because I do it, it has its own identity.”

In Argentina, several characters from the music world knew how to enter the vineyards field and he did so through a discovery. He was given a merlot and he was hallucinated. With a friend sommelier and journalist he began to take courses and nothing was the same anymore.

In his opinion, the world of music and the world of wine have in common a creative process that arises from an inspiration, an intuition, from a handling of each one's instruments, an experience and a taste for something. And where after being done, both a wine and a song, is the product of inspiration that is exposed to the taste of others.