Florería Atlántico, the bar of Tato Giovannoni, was chosen as the best in Latin America and the seventh best in the world. 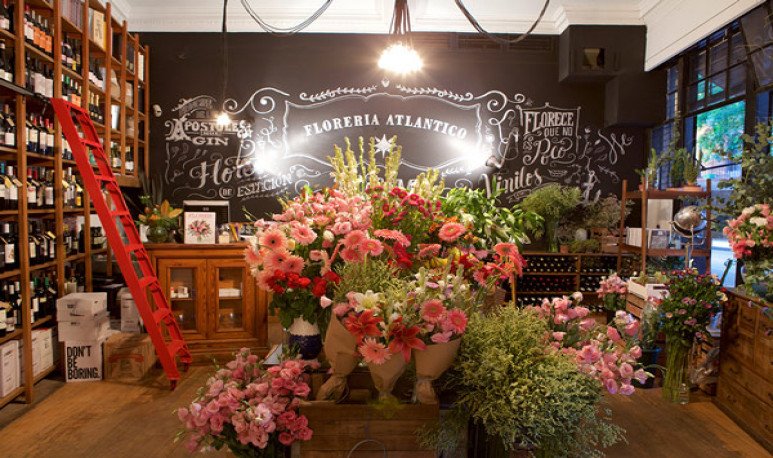 That  Buenos Aires  is a capital that has nothing to envy to New York, Paris or London has long been clear. At least in gastronomic terms. Argentines like to eat and drink well, and that is reflected in the wide range of bars and restaurants that exist in our city. It is not surprising, then, that here you will find  the best bar in Latin America and the seventh  best bar  in the world.  Ladies and gentlemen, if you don't know  Atlantic Flower Shop  yet, it's time to go around.

In  Ser Argentino  we feel a little pride for this feat. Turns out that  Tato Giovannoni , the soul behind this project — which is today a successful reality — is our star columnist of  cocktails  . And, as if that were not enough, Tato himself was chosen as  the best bartender in the world . Reasons to toast we are not lacking.

A little corner in Buenos Aires

Florería Atlántico  began as a hidden bar that few knew. It was  one of the first speakeasy in Buenos Aires , those hidden bars reminiscent of the times of the Seca Law in the United States. But the word of mouth did his thing, and soon, occult had nothing anymore. It all started in 2013, when Tato Giovannoni had the idea of opening a bar  in the basement of a flower shop . In Arroyo 872, the facade business works as such: seasonal flowers and wines are sold, as well as books and selected gastronomy products. But, after going through a metal door, magic begins.

Today, in times of social distancing,  the basement moved to the sidewalk . It happens that the open air is a fundamental requirement to prevent coronavirus infection, and in  Florería Atlántico  decided the show should continue: “With joy we go out 'to vante', which means 'navigating forward', on the most beautiful street in Buenos Aires”, they counted on their Instagram account at the time of the reopening.

Good ideas, in general, tend to have good results. This is how  Florería Atlántico  was growing over the years, based on talent and quality products. This year, the recognition was huge: a  jury of more than 500 specialists  from around the world chose it as the “  best bar in Latin America”  at  The World's 50 Best Bars competition.  It was also selected as  number 7 among the best in the world.

So Martín Auzmendi defines that essence from the  bar's own website :

From the nineteenth century equator to the second decade of the twentieth, more than four million people landed from Italy, Spain, France, Russia, Germany, England, Portugal or Switzerland. They came from countries that would never be as they were in those years, from a world where time existed in distances. Buenos Aires found them, crossed them, saw them go and come back, get lost and look.

They became Buenos Aires and Buenos Aires never ceased to be part of them again. In that fragile and voluptuous city the bars were ports in the port, docks where thirst quenches, nights where to put words to history, glasses where to mix drinks that crossed the Atlantic.

From the fonds reas de vuelta de Rocha to the ravines of Recoleta passing through the mariners of the center, the bars set off the nightlife of the city. American bartenders and Spanish barteners arrived, gin loved by the English and Dutch gin, Italian bitters and andalusian sherry, rum from Cuba sailing the Atlantic and Peruvian pisco from the Pacific, German brewers masters and turks anise, green fairy and champagne the French and the generous wine of the Portuguese.

There came another thirst, other stories, other past, another future.