In Romang, Santa Fe, they make the best sauerkraut. Being Argentinian got the recipe! 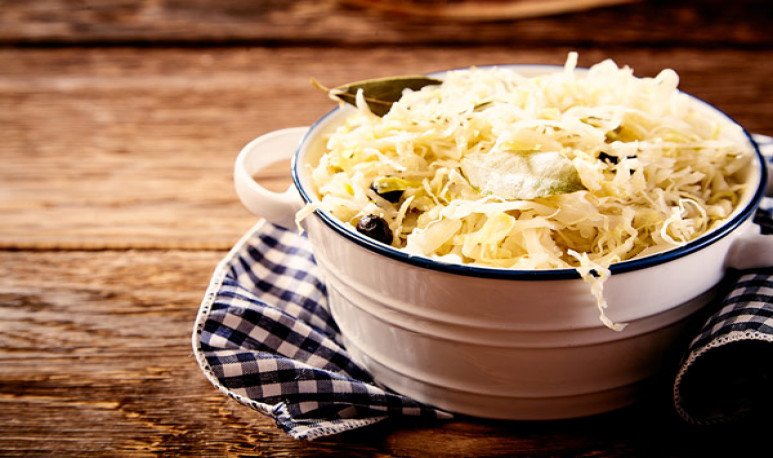 The  original inhabitants, the Spanish conquistadors and the various migratory currents came to the Santafese territory with their recipes. They found the fruits of this land, cultivated others, and with that mixture they fed their children.

So Swiss immigrants came to the village of Romang. Among all that they brought, which still lasts in the village culture, is the delicious sauerkraut. It is so entrenched that Romang celebrates a Swiss provincial festival in July or August. It comes to her people from all over to taste what, they say, is the richest sauerkraut in Argentina.

This food is not specifically Swiss. It is rather traditional from several European countries such as Germany. Although at first glance it is not very tempting, everyone who tries it ends up in love with this simple accompaniment. In addition, many believe that their recipe is more complicated than it really is, but the reality is that doing it is very simple and can be realized in a few  steps . This, and it is worth clarifying, is because it has few ingredients and can be done quickly. But the traditional recipe takes months of fermentation. And that's the way it's done for Romang's party. Maybe that's why he's the richest. But the truth is that, to eat it at home, you can prepare it in a much simpler way, which we share here.

Sauerkraut is basically fermented cabbage. In fact, the word “sauerkraut” ultimately comes from the German “sauerkraut” meaning “sour cabbage”. For this reason, to prepare it, salt and cabbage (cabbage or other) is hardly needed.

Indeed, sauerkraut is nothing more than the result of fermentation of cabbage leaves in salted water. That simple.

First, cut the cabbage into four pieces, and then into  strips  as thin as possible.

In a fairly large bowl pour some of the cabbage strips and add salt. It is important to know that  for every layer of cabbage you put, you need to pour a little salt.  Follow this procedure until all cabbage is in the container.

So, let it stand for ten minutes to allow the cabbage to start releasing water. So start  massaging strongly so that it releases even more liquid  and you can know that it is ready when the volume is halved.

After this is finished,  place the cabbage in a jar and press with a spoon or with fists.  It is essential that the liquid completely covers the cabbage, but, if this is not the case, you can add brine that can be done by mixing teaspoons of salt (about one and a half) for each cup of water that is added.

Throw away all the liquid, close the jar and  store the sauerkraut in a dry dark place for four weeks.  It is necessary that it does not open during that time.

Once it is finished, you will need to store it at room temperature or in the fridge.

We fulfilled then to leave you a simple way  to eat sauerkraut at home. Now you have to  meet Romang  for the time of his big party. But that's what we're going to propose to you in another note.