A village in Santa Fe maintains all the Jewish tradition. Knishes are one of his delicacies. 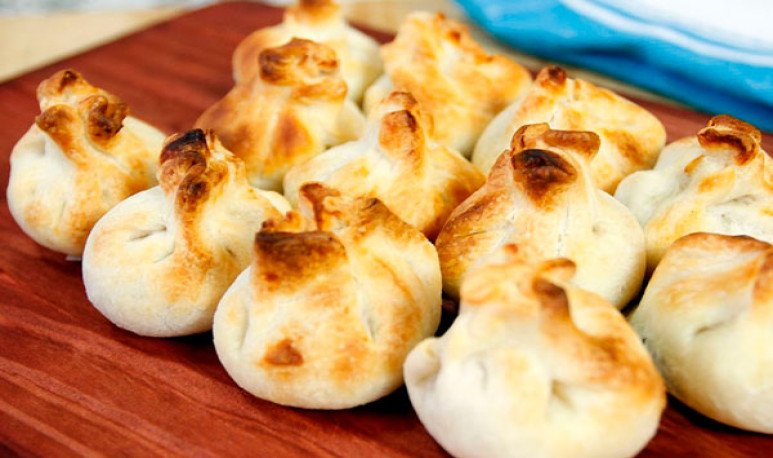 In the San Cristobal department of the province of Santa Fe, is  one of the first Jewish colonies  of our continent. It  is called Moises Ville , and in Ser Argentino we already present it as a tourist proposal. In order to know Argentine Jewish history and to value its cultural heritage, it is a very important geographical point in the interior of the country. In relation to the cultural background that Jewish communities brought to Argentina, its gastronomy is central. In Moises Ville, they continue to cook ricures brought from Jewish Europe. One of them is the knishes. The best news ? They are easy to make and we get you a recipe , brought from this traditional village of Santafesino.

A knish consists of a filling covered with a dough that can be baked, roasted or fried. Knishes can be marketed in street stalls, and even in butchers in certain urban areas where the Jewish community is in the majority . In more traditional versions, fillings are made entirely from mashed potatoes , sauerkraut, onions or cheese. It can also be filled with meat, sweet potato, broccoli, tofu or  spinach , among others.

Originally, knishes were an Eastern European aperitif very popular among Jewish communities. It was made known in North America by emigrants from this area of Europe.  These immigrants arrived around 1900 and brought the knishes to Yankee. It's a Jewish word that means “cupcake.” The first bakery to make knish was founded in New York in 1910 and this cake was reborn in the early 2000s, when it became a specialty in certain establishments in New York and many other parts of the northern country.

The reality of knishes in Santa Fe is quite different.  It can be said that they remained as a dish tribute to the Jewish grandmothers who, in their language, were “La Bobe”. But the truth is, with how simple it is, you might as well eat knishes like one who eats  empanadas .

Without further ado, we leave you the recipe.

In a bowl place the flour in “crown shape”, add oil and vinegar and water, join the ingredients to form a tender dough; if necessary, add the flour you take . Hit the dough against the inn several times.

Form 3 or 4 buns and leave to rest covered by a scraper.

Filling: boil potatoes, fry well chopped onions in about 150 cm3 of oil. Step on the potatoes together with the rehogada onion. Add salt and pepper to taste.

Roll out the dough of each bun as much as possible in a circle. If necessary, complete stretching with your hands  slightly moisten the dough with oil.

Place the puree on the edges of the circumference and start rolling it inwards, always stretching the dough at each turn. With the edge of your hand cut small pieces,  firmly attach the tips  and stand as knish press the tips down, place on an oiled plate and bring to a hot oven until  golden brown .