Cheesecake is not only easy, but it claims a tradition of pastries with cheese in the north of Santafesino. 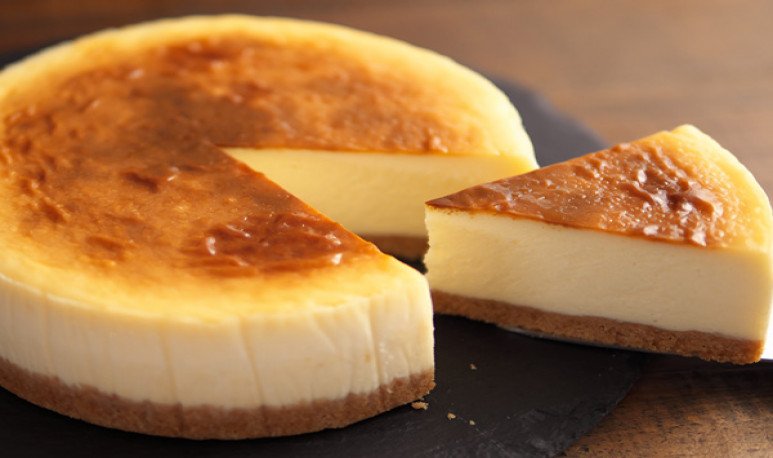 One of the things that most unworthy me of the current Argentine  reality  is what happens with access to certain products of our basic diet. Isn't it ridiculous  that it costs me cheaper to eat a pollock brought from I don't know where than a piece of the cheaper beef cut ? I mean, from a cow, who probably lived a few miles from my house. Not to mention in the case of dairy. Milk and cheese are culturally very important in Argentina's food. That's why I find it obscene that cheese is so expensive. Especially when, again,  the entire province of Santa Fe bursts with dairy cows.  But you go to the super and sell you a little bit of grate cheese as if you were buying a caviar from the Adriatic Sea.

But there was a time, especially inside Santafesino, where  many people did not even have to go to a warehouse if they  wanted to eat something with cheese. Many families produced the delicacy with their own hands. They were processing him extracted from his own vaquitas. Looks like we were talking about another era. But this was prevalent until only a few decades ago. Many housewives,  in those fields of Santa Fe, spent cooking  dishes and desserts with milk and cheese as main ingredients. This is the case of this recipe that comes to us from Reconquista . This thriving town in northern Santa Fe is home to the second largest  rural event  in the country. That's why, and thank God, while cheese there is also expensive, in homestays rich cheese dishes persist. In this opportunity we leave you a very original recipe: Cheesecake.

Mix the butter and egg lightly.  Then it is necessary to add milk and flour alternately until there is a dough like for pie. The idea is to be smooth.After, the cooks of Reconquista suggest to arrange the dough with their fingers in  a fountain not less than 5 centimeters deep.

Turning to the filling part, mix all the ingredients in a bowl and pour over the dough.  Everything is ready, and you just need to cook over medium heat.

Bah, don't. One thing is missing. Enjoy and treat.

Cheesecake is another of those recipes whose origin  we cannot defend rajatabla as santafesino . But I'm sure of something: I imagine a field in Reconquista where a lady prepares it sweetly with her wise  hands . I don't imagine much more of us.