Doña Petrona was a pioneer of Argentine television cooks and emblem of the housewives of the time. 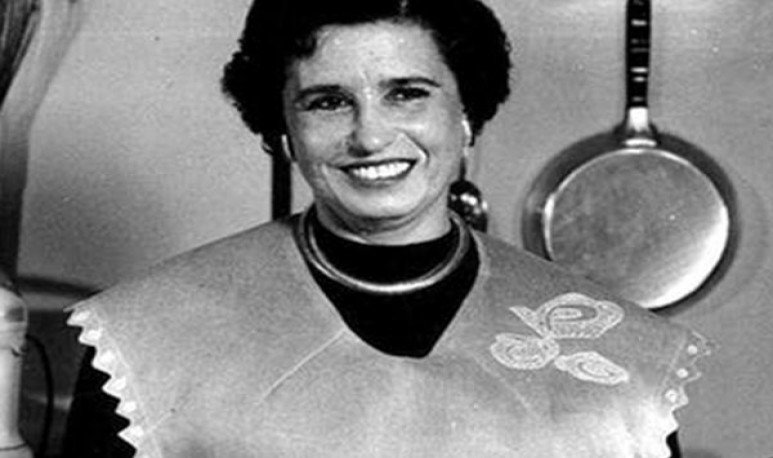 My mom cooks very well. But what he doesn't like is improvising. You always do it with the recipe next door, reading the step by step as you go through the process. And with the recipes he prepares it is also not so flexible. He's been using the same for decades, and I'm not exaggerating. It has a battery of ready-tested dishes that repeats over and over again. And no one complains. But these two features make it treasure yesteryear recipes as analogue as possible, because mom will not start googling how to prepare a stew. Among his most precious copies, there are several  magazines Mucho   Gusto , from the 70s, with a smiling  Mrs. Petrona  on the top. And yes, she wanted to get there.

Just like my mom, a whole generation of women (or several)  learned to cook from the hand of this lady , which is the very representation of the  traditional housewife . With his apron, his assistant Juanita and his dishes laden with butter, lots of eggs and other issues — which little would have to do today in the world of  healthy cooking — he knew how to make his way in gastronomy media until it became an emblem.

To have the husband happy

Petrona Carrizo was born La Banda,  Santiago del Estero , into a large family composed of seven brothers. The first dish he learned to cook was a puff pastry dessert, which his mother taught him to do with a very clear and fundamental goal -  to conquer men . Because — as they said — through his stomach you reach the heart.

The kitchen path proved attractive to her, so she began to work as a cook in one room. It seems that the mother's advice was true, because there she met Mr.  Gandulfo , who would later become her husband. In search of new horizons, the couple went to  Buenos Aires . To collaborate with the household economy, Petrona got a job at Compañía Primitiva de Gas  to teach how to use the new gas  cookers   . At that time, they were quite a novelty and the object of desire of the porteñas housewives.

The company's goal was clear: that its customers started using gas and leaving behind the old wood-burning and kerosene stoves.  Petrona's job was to show how the kitchens worked.  And for that, nothing better than just a practical example: he cooked his recipes on the door of a bazaar. Later, the Metrogas Foundation saw how positive it could be for the nascent business and published its first recipe book:  Doña Petrona, cooking and gas . Cooking at the door of the bazaar, Petrona began teaching face-to-face classes and later  began to publish her recipes in El Hogarmagazine.

Dona Petrona's success began with  radio . Radio Argentina, Excelsior and El Mundo had her as a columnist on their programs. In 1933, he edited  The Book of Doña Petrona  , a true encyclopedia of cooking with more than 500 pages. In it, in addition to recipes, there were  “tips for the modern woman”.  Its recipes ranged from soups, meats, fish and sauces to desserts, cocktails and homemade candies. The event was unexpected: the book was translated into many languages and  edited more than a hundred times.

But if Mrs. Petrona is known for anything, it is for her  television shows . The cook  pioneered  an activity that would then be followed by many other women, such as Choly Berreteaga, Diana Boudourian, Maria Adela Baldi, Chichita de Erquiaga, Chola Ferrer,  White Cotta  or Narda Lepes.

His debut was in 1952 on the program  Variedades hogareñas  (later called  Jueves homareños  ), which broadcast Canal 7 in Buenos Aires. But fame would come with the  Good afternoon cycle, a pleasure, whose name sounds familiar to us even to those who were not contemporaries. He began in 1960 and with her appeared another endearing character:  his   assistant Juanita Bordoy  .

For 20 years , three times a week, the housewives turned on to TV to watch Dona Petrona prepare her dishes and take note of each ingredient, every secret, to surprise the family with a different meal. Some, like my mom, still continue with the same tradition.