Home Gastronomy Did you know that there are many different types of chipá?

We tell you the story of this traditional recipe that has a thousand versions and all equally delicious. A family tree and cross-cultural that feeds an entire country. 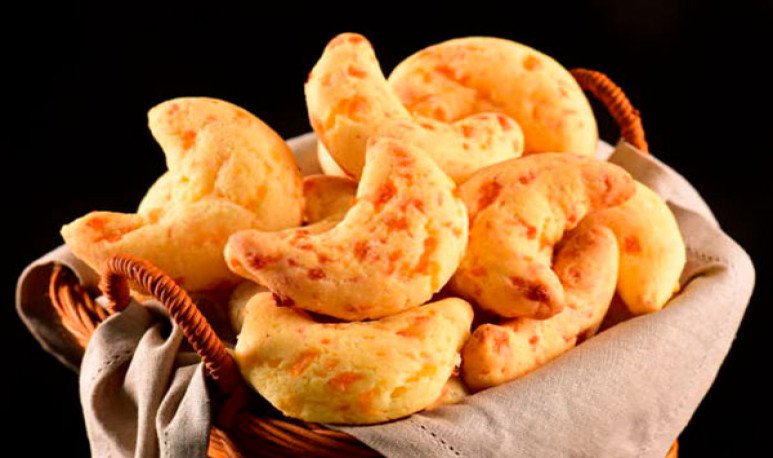 Chipá is a traditional and delicious recipe from Misiones   which hides behind it a very particular story. Besides, there is no single way to eat it,   there are several recipes and methods of cooking it   . Each has its way of preparation, and   falls in love with its authenticity.   The chipá in general   is a food whose preparation   The most traditional is based on cassava starch and semi-hard cheese, but in this note you will discover a thousand varieties of chipá.

It is the ideal companion of our traditional mate or tereré missionary, and is   inheritance of the cuisine developed in the Franciscan reductions and in the Guarani Jesuit missions.   But he also has his cultural contact with   gastronomy from Paraguay and Northeast Argentina.   That is why it is possible to find it anywhere in the country, although   not in all its variants.

Where does it come from

The term “chipa” refers apocopately   to the “chipa starch”, which is the best known variety   . But the word also refers to all   Corn-based garnishes   and starch that, over the centuries, took shape from its primitive version (the mbuyapé) to the varieties currently registered. These recipes are above all   , fruit of the Guarani-Franciscan and Guarani-Jesuit transculturation   with touches of modern cuisine. Exist   about 70 varieties identified   of which may well be called “family of chipas” in Paraguayan popular gastronomy. And like   there are so many varieties,   there are also around how to call it: “the chipa”, “chipa”, “chipa” with final tilde or “chipa” as a grave word...

The traditional starch chipa,   is the best known variety   and the ingredients they carry are cassava starch, semi-hard cheese or Paraguay cheese with pork fat, margarine or butter, anise liqueur or anise grains.

It is the second most widespread variety in Paraguay.   Its name is due to the mixture   from corn flour with cassava starch.

The dough of the chipa starch is filled with different cheeses: Mozzarella, Catupiry, Paraguay Cheese and sandwich cheese.

The dough of the mixed chipa is supplemented with cornstarch and baking powder. It has as a filling the traditional missionary chorizo, grated cheese, parked Paraguay cheese, onion, red peppers and other seasons

It bakes   with the heat of embers   and around a stick. It has elongated shape and fine and hollowed build, because of its consistency it can be exposed to direct heat from the wood or charcoal fire, without burning. As for the denomination, this food is called   “chipá caburé” in Misiones,   in the northeast of Corrientes and in the Province of Formosa.

It is a small hinged donut no more than two centimeters in diameter, enormously crispy. Popularly, it is said that you can't stop eating them.” Piru means skinny, thin, thin and, in this sense for rosquita, translates as “dry”. The pyru chipa is a thin and dry chipa.

It is a mass of cassava starch stuffed with a seasoned meat. S   o'o   means meat in Guarani. For its elaboration are formed buns the size of a large biscuit   and hollow them   With your thumb, to introduce the filling of meat and minced egg, so in its final form it takes the form of a cake about 7 centimeters in diameter.

It's a corn cake cooked in the oven. Guazú is the word Guarani for 'big', so it means 'the big chipa'. It is made with fresh corn, egg, water, salt, milk, butter or oil and fresh cheese.

It is made with fresh cheese, preferably goat, where   cheesu   is the Guaraní adaptation of the Spanish word 'cheeso'.

It is made with 3/4 cassava starch and 1/4 wheat flour, Paraguay cheese, grated cheese, pork fat, eggs   and other ingredients.   It is the least heavy variety, as it does not carry the load of   all the cassava starch.

Manduvi means “peanuts” in Guarani, and is made with a mixture of   corn flour and ground peanuts.

It is made from the husk of the corn seed after it has been strained. This chip   would be the equivalent     to bran bread.

And you... did you know there were so many types of chipá?