Home Gastronomy Cosmopolitan: the drink to feel another character from Sex & The City

Those who like the series Sex & The City do not need to ask us about their main cocktail. But here comes the recipe. 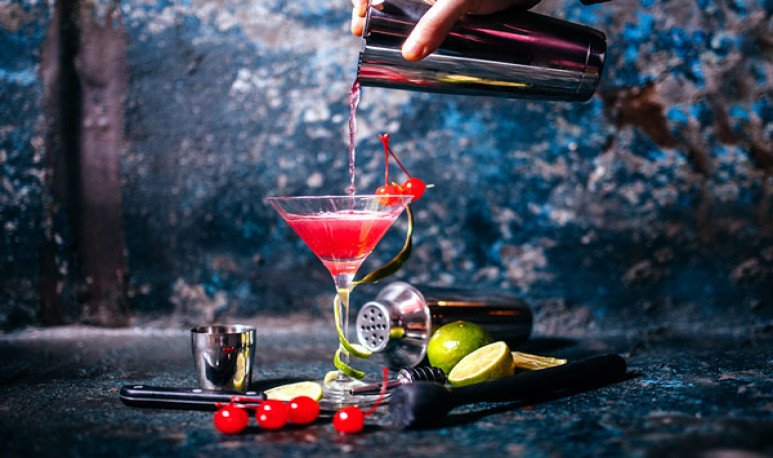 Is there anyone else who loves the series  Sex & The City  as much as I do?  Four friends who live in New York, wear amazing fashion and have fabulous personalities , word they love to say. If I have dreamed a thousand times of being a successful journalist like Carrie Bradshaw and having my face in a collective. Although nowadays some of his jokes and situations may perhaps be outdated or macho, affection always remains. It's just that the television show  left us six seasons, two movies and a  drink  that got us out of the routine. Also, they were responsible for talking about sex, romance and other various situations like never before.

Cosmopolitan  is a  slightly sweet martini  that, thanks to the series, became a furor and  indispensable for Newyorkers  . He was present at important moments throughout the development of history and was never missing at the time of the toast. The mere representation of a group of women talking about life and taking something already makes us want to activate. So, if we are with little desire to go to the bar and want to have something rich, this is the  recipe  we are looking for. In addition, it has a reddish touch from the cranberry juice that adds all the wave to it.

And where did it come from?

While the  cocktail  became popular with  Sex & The City , the truth is that she's been doing her thing before. Turns out  Cheryl Cook  worked as a  bartender  at a gay bar in South, Miami. Neither slow nor lazy, he realized that people ordered the Martini with the aim of having a distinctive glass. However, its strong and dry taste was not so pleasant.  Then he started to think what he could add to the drink to keep it elegant, and make it richer on the palate .

After making his own on the beach, he moved to the east coast.  The first Cosmopolitan to be prepared in New York was in 1987 . It happened at the famous Odeon restaurant in Tribeca, Manhattan. It was a place where film and television stars gathered, and it was a common image to see them enjoying the  drink . However, with the arrival of the famous show, its name began to resonate everywhere.  The key moment came when Samantha orders it in episode eight of season two . From then on, well... it turned into what it is today.

Let's prepare the famous Cosmo of Sex & The City