Home Gastronomy I came to Mendoza and make a barreluco

It is another meal that has as a base a chub of meat between breads. It's not a burger or a loin, it's called barroluco. 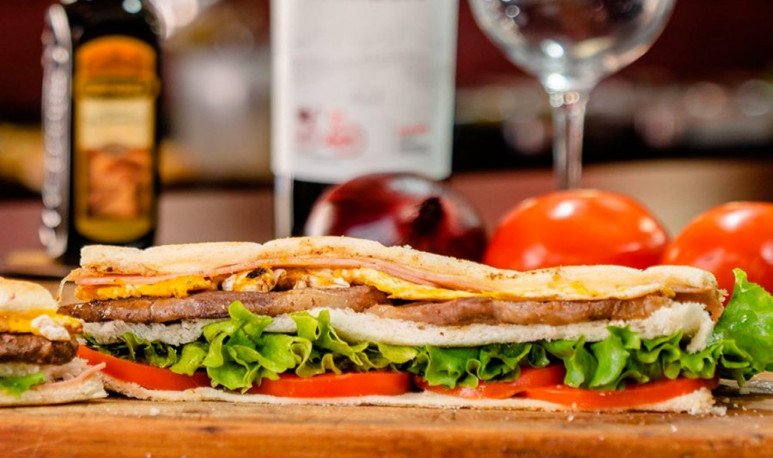 When you sit in some   restaurant of minutes in Mendoza   , of those who sell pizzas,   empanadas   , fries and loins, to others   surprise the word “barroluco”.   Then they ask the waiter what it is. Inevitably and irresistibly, they ask. They finish eating and they call the waiter again, “Hey, man. This is the best   sandwich   that I have tried”, they conclude, satisfied and put on.

That's a scene repeated by everyone who debuts with barroluco. It is one of the many variables of the   meat between breads   that we have in Argentina. In San Juan, for example, the   pachata   But here's the barreluco.   The characteristic element that makes barroluco so unique is the   crumb bread   .   Yeah, like it's a triple ham and cheese, but meat. Or, well, not so, actually.

Never make the mistake of asking for one only for yourself.   The barroluco is prepared and served in mind, minimum, two diners.   Is that any crumb bread is generous in size, then it is the one that marks the size of the final product. Meat is usually the same as any sandwich of its style: veined loin, smooth loin.   Between meat and bread are meddling lettuce, tomato, ham and cheese, fried egg and dressings.

History of that weird name

His name comes from the former Chilean president   Ramon Barros Luco   , from the beginning of the last century.   He used to order this dish which later became popular in Chile and in the Argentinian eastern.   Over the years, the   mouth in mouth   and its arrival on the other side of the   Cordillera   , the name ended up becoming “barroluco.” Even so, many locals still offer it in their menus as “barros luco”.