Home Gastronomy Colagreco: the best in the world

Colagreco: the best in the world

Mauro Colagreco, platense, has just received another great award for one of the five restaurants he has all over the world. 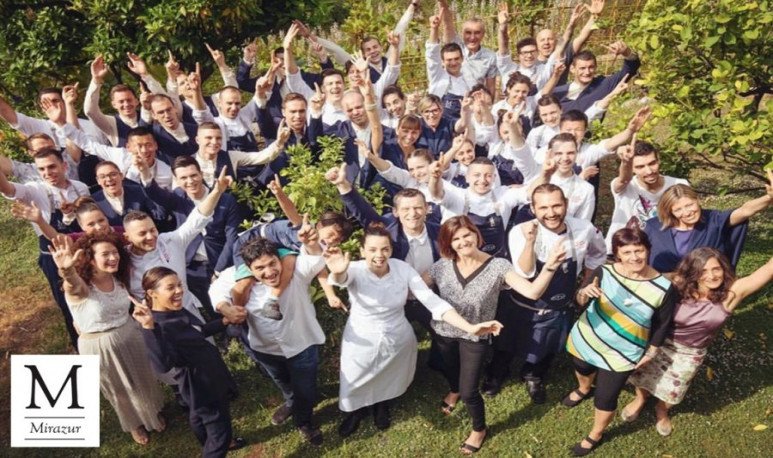 The restaurant Mirazur, by the Argentine  chef   Mauro Colagreco , was chosen as the best in the world. Take pa go.

The topic is that we are going to have to travel to Menton, in  France , to delight with their dishes. But who cares? Mauro is Argentine! Let's go damn it!

Colagreco  already has in his resume the nowhere despicable sum of 3 Michelin stars. Top award of international cuisine. It's like the world championship. He now earned the number 1 on the podium at The Wolrd's 50 Best Restaurants. 1 year ago I was in the 3rd place, preannouncing the quality of the restaurant.

At the ceremony he thanked his wife, his team and her origin. And he went up with a flag with the colors of Argentina, Brazil and France. Origin, wife and present time. He also took the moment to urge all the world's chefs to come together and nourish each other. Excellent proposal.

A native of  La Plata , Colagreco is the first non-French chef award “Chef of the Year”. From the Gault Millau guide. He is a Knight of Arts and Letters of France. And Chevalier de l'Odre National du Mérite (Knight of the National Order of Merit).  Mirazur  was among the top 50 in the world for 7 years.

A mendocino in a Michelin star