Home Gastronomy Chivito on the grill: the star dish of San Luis

At the table of the families of San Luis, you can not miss the taste of their star dish that delights its diners. 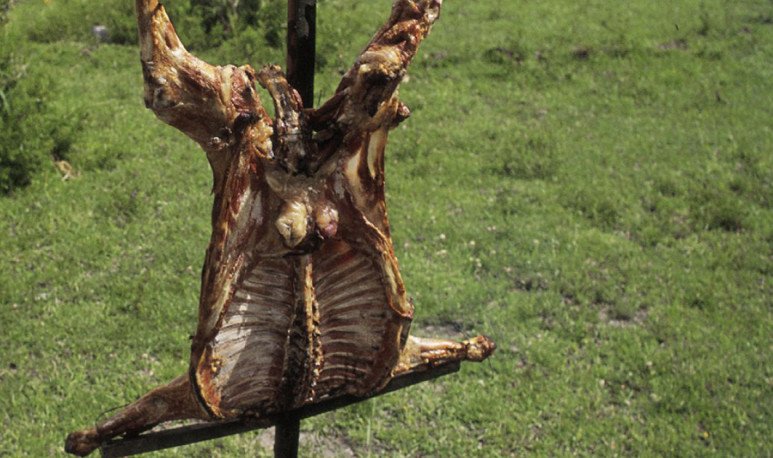 This time we bring you the recipe for one of the typical meals of San Luis. It is none other than the famous grilled chivito, the star dish, an infaltable  Sunday  puntanos. While in other provinces they cook it differently and almost peculiar, the sanluiseños cook this tasty food on very low heat. It's a kind of roast based on goat meat.

For this gastronomic task always choose very young animals to ensure the tenderness of  meat . This will result in an unprecedented smoothness that does not leave anyone indifferent with its indescribable taste. The exquisite taste it possesses and makes it an instant delight, is the thin layer of crunchy fat that covers the meat. This layer melts in the mouth causing the bite to fall apart in a tasting worthy of the richest delicacies in our country.

It is not just about nature, but a culinary knowledge coming from ancestors dating back to colonial  times  . Each generation has given the formula its own touch, which has turned it into the tasty gastronomic milestone it is today.

Without further ado let's move on to the recipe of our main dish, which surely will not last long on the family  table  .

In a saucepan pour a liter of water, add 100 grams of coarse salt, sprig of rosemary and laurel sprig. Cook on very low heat and at first boil extinguish the flame. We serve in a liter jar and let stand. We need to prepare the brine one day before cooking of the little boy. In this way the liquid will take more flavor and, therefore, give a peculiar taste to meat.

Preparation of the chivito

As mentioned in the ingredients, the chivito should have such characteristics. Otherwise we can have a meat more similar to an everyday roast without resemblance to the recipe we provide here. Given the preliminary indications, we continue with the recipe.

The little boy meat we bought will surely come with the kidneys without taking out. We fish the meat, pulling out the kidneys, which we will prepare later on the coals. We make some cuts in the back quarters. With the brine we had prepared before, we brush the meat on both sides. It should not be very embedded, but just and necessary. When we are finished, we make a few small cuts on all fours, and place two cloves of garlic in each of the small slits.

From here, two different forms of cooking are chosen, from which they do not make much difference and it is a matter of taste. The first way is the most common used mostly in homes. It consists in heating the grill, at least about twenty minutes. Place the little boy on the grill. The bone should always be in contact with the grill. The  fire  should not be centered in the middle of the chivito, but on the back and front quarters. When we see that the cooking part is soft, after having passed about forty minutes, we turn the meat. It only turns around once. When it is tender, after another forty minutes on the grill on that side, you'll be ready.

The other way to make this recipe is the traditional one from San Luis. It is the same except in the form of cooking. We make a cross with two thick branches. We nail the cross to the ground, so that it is directed a little downward, where we will put the embers. It should be noted that we must tie the cross well, that it can have mobility on its axis and thus rotate the meat. We tie the little boy on the cross, rotate it from the side of the embers and let cook about forty minutes. We rotate once again from the side without cooking, again about forty minutes. And already when the meat is tender, our delicious recipe will be ready to serve in the dishes.