A rosarina tells a beautiful family souvenir, hand with the interesting recipe of castilian empanada 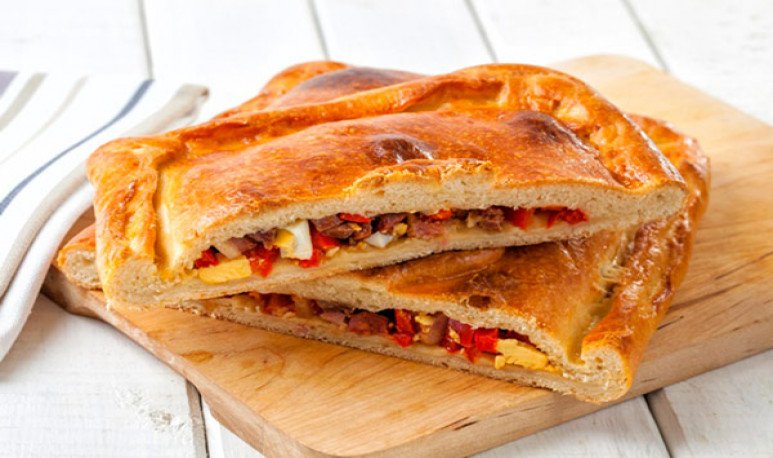 From Rosario, Sandra says that this is a recipe from a “almost grandmother” since, strictly, she was my mother's and sister's godmother . He says that this lady lived with her family and was responsible at home to prepare all the food for further preparation. He also cooked, and one of his recipes was the castilian empanada.   This dish is not the typical creole empanada, but another model imported from a region of Spain, El Bierzo, which is located in the province of León, in the autonomous community of Castilla.

The recipe was never written, and its preparation was not delegated either. She was doing it and then Sandra's mom. The latter, along with her sister, was recovered from practice, from the “see do” to, then, do. Today, the castilian empanada is a whole family institution.  When done, the whole family is invited.

The dough of the Castellana empanada is a bread dough, which must be spread to line a rectangular dish of at least 30 x 40. It has a filling of chard or spinach, potato, and a sofrito of onion, sardine, red chorizo, pork or chicken. Preparation is simple, but it takes time. As a popular dish, use ingredients from the vegetable garden and typical elements of peninsular cuisine

The flour is placed in the crown, in the center the yeast is placed, the liquids are added gradually by interspersing water and oil. The dough is allowed to rest so that it is mild, and it is kneaded again, then let it rest. Passed a couple of hours or a little more the dough is divided into two buns representing 60% and 40% of the preparation. While the dough levy we dedicate ourselves to the filling.

Ingredients for the filling

The vegetable has to be washed and drained, without pre-cooked.  Potatoes should be peeled and cut into very thin slices.   They also should not be cooked previously.

For a kind of sauce, the onion is cut into a feather . It is placed in a frying pan with olive oil, and sauté until transparent, at that time sardines, red chorizo or whatever is chosen, and chopped garlic are added to it. Add a generous tablespoon of paprika, another ground chili pepper, salt is rectified and reserved.

Once this is finished and with the dough ready, take the largest bun and spread it to line the fountain, which was previously smeared with olive oil. After this process,  the dough covering the mold is punctured with a fork. There two layers of potatoes cut into thin slices are carefully placed , put a little salt on it and sprinkled with olive oil. Then spread the fresh leaves of spinach or chard covering the whole mold. We sprinkle it with oil. We take onion sofrito, sardines and red chorizo, and spread preparation on greens. We repeat once again the layers of potato, vegetable and onion. At last we spread with the stick to knead the rest of the dough bun. We cover with the spread dough and close the pie, making a repulgue on the edge of the fountain.  We paint the dough with olive oil. We cook it in a soft oven.  When the dough is very well browned and it has already been about an hour, we can take the pie out of the oven . Let it cool a little, and cut it into regular portions to plate.