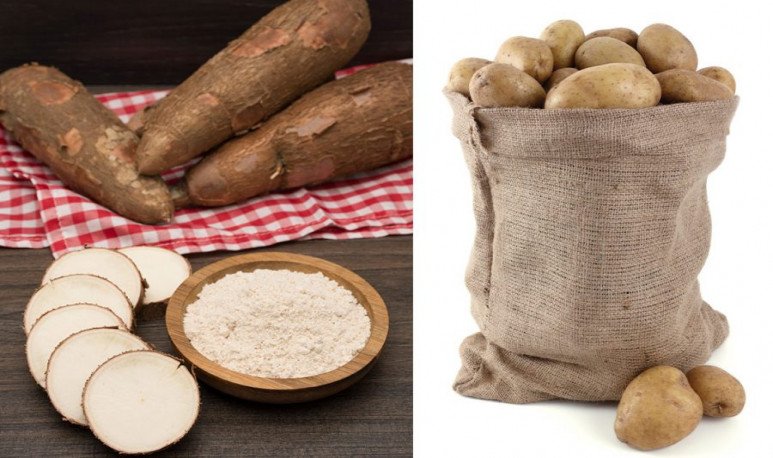 When it comes to thinking about the accompaniment for the asadito, the littoral is sown doubt. Roast with “Russian” or roast with cassava?   This existential unknown appears both in the head of the missionary and the   correntino     . Both belong to the main provinces producing cassava.

The matter could end in the   roast   . But no!   This food river-mouth extends to all kinds of menus, and even minced.   An example is the rich cassava fried with beer, instead of the traditional potato frita with   beer   . Naturally, you end up opting for one of them, but there are also side changes, with some reproach from the opposing team. However, at the end of the day, everyone ends up happy to have the possibility to choose between two top-level garrisons.

In the   Mesopotamia   argentina, cassava is very famous, but in the rest of the country its consumption is not so widespread   . Even, there must be a lot of people who not only have not tried it, but can not even describe its appearance. Less cook it!

Cassava, better known as cassava, manioc, kaspe or cassava, is a   cultivation   which is about 40 thousand years old in the region. Its roots are rich in starch, which gives the family table a very important source of   carbohydrates   . Super powerful food if there is!

The main province producing this crop in our country is Misiones. So the missionaries know her very well. They know how to plant it, cook it and   taste it   . They even know how to peel it! , a task that is not easy to perform.

The   team   potato has popularity and “branding” ensured. But they are afraid, because they know that in every meal they can easily be replaced by their starched archenemy.   The team cassava are less known, but they know how to play hard.   In the classic   sundays   , for example, most northerners choose the roast with cassava. But the contest gets harder when deciding the puree. What?   Team   cassava or   team   Dad? The first is more pasty and, in certain times, hard to step on, but tasty. No need to be spent on submitting to   mashed potatoes   , whose reputation precedes him.

The   gnocchi   are another sunday classic   who can put the match against the   team   cassava. Anyway, exoticism and the desire to try something new can add to the “maniokers” some followers at 29 noon. And the fried cassava? The cassava cake? Everything adds up within this healthy competition between two great companions of the coastal cuisine.

Are you encouraging a different 29?