Home Gastronomy Bonarda: the underworld of a grape

The bonarda was always anonymously on our table. 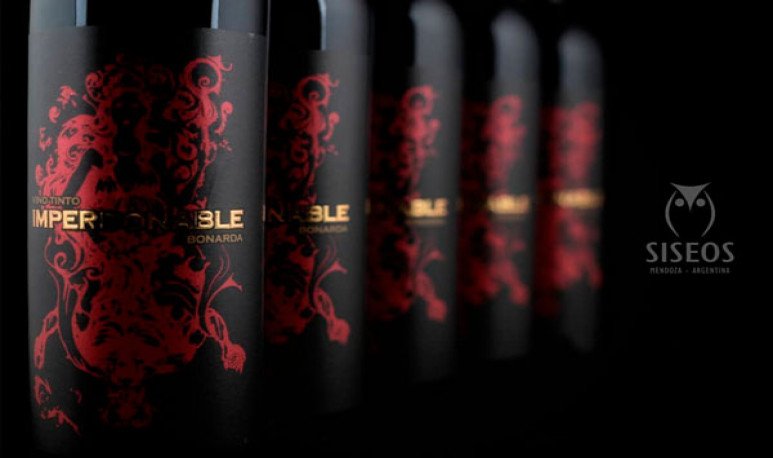 The blood of the ink marks the silhouettes of Perséfhone and Hades. In counterpoint, the black background and suggestive golden letters tell the story of the cyclical nature of transformations and awakening.

From the Mendoza oasis of Maipu, Argentina, from Bodega Siseos marks its steps towards the rest of the country, which is part of the area that saw birth and multiplied one of the vines of great oenological production in our country.

Bonarda is an Italian red wine grape that has historically grown in the French region of Savoy, northwestern Italy, but today is more abundant in Argentina. The nearly 20,000 hectares of bonarda make it the second most planted red grape in the country after malbec, accounting for 8% of the country's vineyards. Argentina is also the country that has the most implantation of this variety in the world.

Almost like the history of Greek mythology, the bonarda had its passage through the underworld and anonymously appeared in the table cuts. Today, he seeks to position himself and present his reign in vinifications such as those of Emiliano Guzmán and Soledad Perula, its great makers.

Unforgivable Bonarda 2015, is a clear example of what the strain can give oenologically. It is a very dense, medium or full-bodied wine with an intense dark purple colour and moderate acidity. The aromas of black fruits and plums invade the space and notes of flavors ranging from leather to black currant, fennel, cherry and dried figs. It is easy to drink but not light. With oxygenation there are herbaceous and balsamic notes coming from its fermentation. And here is the controversial and unforgivable practice of winemaking the whole cluster with its blows.

In its 12 months of passage through unroasted barrels and other soft American roasting barrels acquired a graceful expression in the mouth and nose that harmonize the tannins causing elegance in its march.

The expression in cup of Imperdonable Bonarda 2015 shows the typicity of a strain that has a promising future, at least in the bid of its growers, for its global positioning.

Unforgivable practices become the least anticipated rebirth, life puts us ahead a challenge that tests our courage and will for change, which cannot but open our way to success as a paradigm of myths that explain natural processes, such as the descent and return of the queen from the avern provoking the most unexpected changes in the life of the young Perséphone in the hands of Hades.