Maybe the combination of tomato juice with vodka might seem weird to you. But Bloody Mary is one of the most famous snacks. 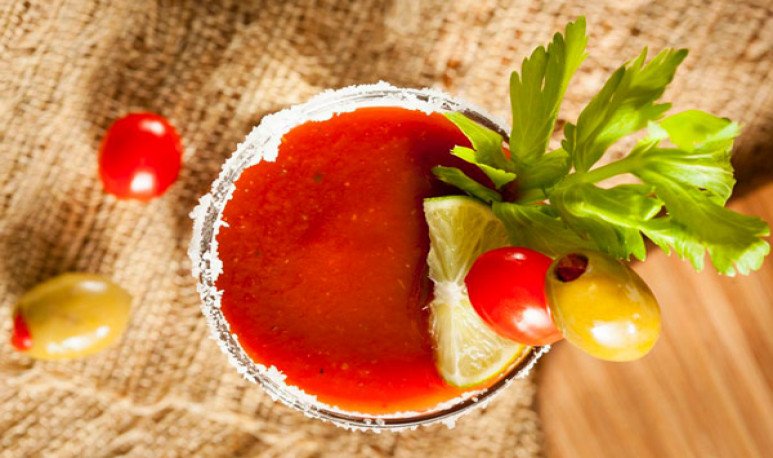 Its name translated into Spanish means “María la sangrienta”, which can be explained in one of the versions about its origin. Currently,  Bloody Mary  is consumed worldwide, especially before lunchtime. Its fame lies most of all in the  alleged properties  it has  to fight the hangover  after a night of excess. This is because its content provides vitamins, while at the same time allows to ingest a small dose of  alcohol . Yes, it sounds like a dreamy and refreshing mix that deserves a taste. So today we bring you the  recipe  together with the different stories that surround it, ranging from everyday to tragic.

It is said that the  drink   was created in 1921 in Paris, France . There,  bartender Fernand Pete Petiot  decided to mix in equal parts vodka and tomato juice. After trying it, one of the local customers said that he reminded him of a wench from Chicago, United States. She was nicknamed Bloody Mary for her character, so the concoction took that name. Afterwards, the cocktail maker went to the North American City of New York to work at the King Role Room in St. Regis Hotel. Experimentation with the  drink  continued on the other continent, although with little success initially. However, when it occurred to him to add pepper, Tabasco sauce and lemon it became a success for his cure to the hangover.

While there are many legends about the emergence of the Bloody Mary, that of  Mary I of England  is the most replicated. She has as its protagonist Maria Tudor, the only daughter of the marriage between Henry VIII and Catherine of Aragon.  It is rumored that the famous cocktail could refer to the heiress of the crown for a macabre reason. It was after he ordered a cruel persecution against Protestants in the 16th century. Although at first she was a princess loved by everyone, over the years the feeling changed.

When the time came for her coronation, Mary I had the support of all the people.  However, his popularity quickly ended as he sent all traitors to execute in order to restore Catholicism . It also repealed all pro-Protestantism laws, a measure that citizens did not accept. So he burned at the stake more than 280 people, becoming Bloody Mary or Bloody Mary.

Recipe for a perfect Bloody Mary