The fernet wasn't always about a drink. We tell you the story of fernet pills, the seed that became a traditional Cordovan drink. 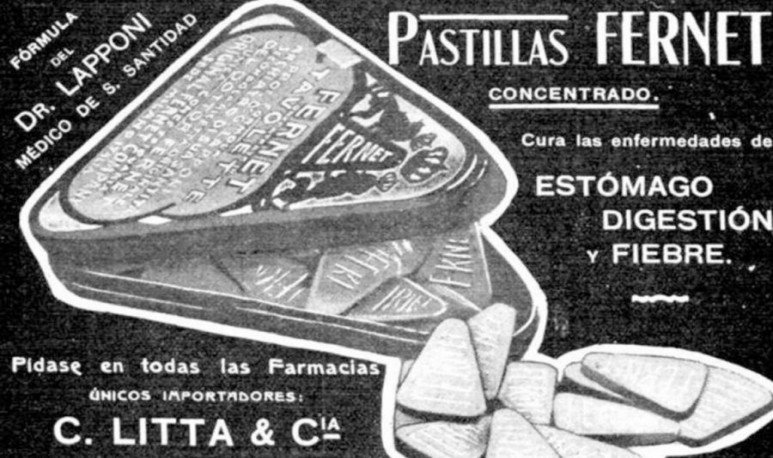 The fernet with coca   is the icon of the   Cordovan culture   . But it wasn't always a drink, nor a snack. There are graphic publications dating from   late nineteenth and early twentieth century   which unveil an unknown part of its history. At that time, fernet was used to prevent or cure digestive diseases. It was imported from Italy and came in two ways:   liquid or in pills   . Did you know? Facundo Di Genova gives us more interesting facts about fernet pills.

Tablets with fernet extract   began to be prescribed in the late nineteenth century, as   protection against cholera epidemics   . It was used in Italian ports and overseas travel, between   1880 and 1890.   With this use, the fernet came to save thousands of lives. In Latin America, on the other hand, they began to be marketed around the 1900 and quickly   achieved their success   . They were promoted to counteract “stomach diseases, digestion and fever.”   Blessed remedy!   In those times, having fernet in the bag was salvation seriously, not just the salvation of the feast. Its consumption was reduced to medicinal use.

The creator of the cure

These pills were created by a   famous italian doctor   which, with the strength of the   Fernet Company of Milan,   promoted fernet pill tablets. This is Giuseppe Lapponi, a doctor who developed drugs to sell them with his signature and seal. Its name was recognized and its products, consumed by the high elites of the world.   His fame toured the world   : in Latin America the name Lapponi resonated in every corner. Myths and legends were generated around him. This doctor produced remedies with different companies, even came to   produce a slimming tonic   called “Antipostin”, next to the drugstore Wagner & Mailier by Ernst Ferdinand Emil Marlier,   German pharmacist linked Nazism.

Who would say that, from a remedy, the drink most loved by the Cordobses would arise?