We tell you the story of Santiago Blondel, a bit of his biography and, above all, the importance of his philosophy of sustainable cuisine. 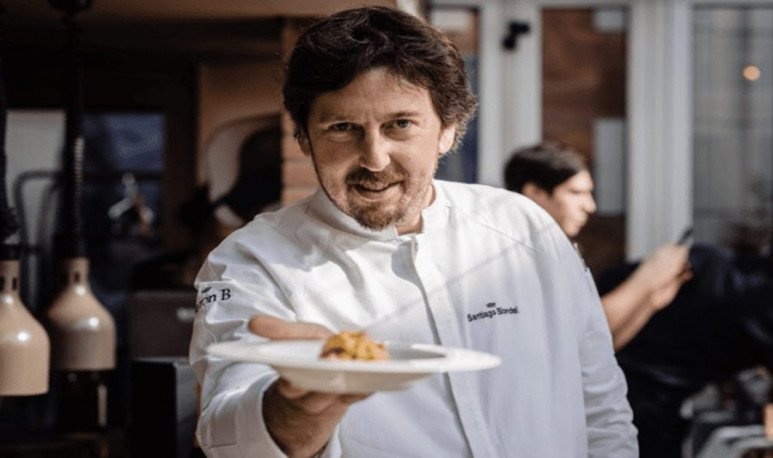 Santiago Blondel   is a chef who, with the fruits of his   cordovan orchard   , won the Prix Barón B Edition Cuisine in 2019. Throughout his career, Santiago was consolidating   its gastronomic style.   Through travel, dependency work and different experiences, Blondel managed   launch your own culinary brand.

The story of this successful chef goes back to his childhood.   This Barilochan used to vacation with his family   in La Cumbre (Cordoba),   place he then chose to carry out his project. Since he was a child, his father took him to play golf, and this discipline was not very sympathetic to him. So Santiago was sneakling and   ended up in the club's kitchen.   There, he served as an assistant to the local employees. He made smoothies, juices   or he washed the dishes   . His pay was a plate of scramado de gramajo, or some other delight of the place.

His family was never to give much importance to   gastronomy and its secrets.   Except on Sundays, where they were organized together to taste   Grandma's delights. Tradition that all Argentines fulfill to rajatabla.   Over the years, Blondel developed his palate. He went from eating everything to being a little delicate with food and not eating in variety. Until he was given to travel. In the last year of the school, he decided to look for a job to get to Australia. He worked as a waiter in a Martinez hamburger restaurant, and managed to travel to Spain, as the longed destination would wait for him later.

In Barcelona he continued with his trade as a waiter, which allowed him   reconnect to your destination:   cooking would allow you to travel and get to know the world. So he discovered that cooking was not only his passion, but also   the tool to fulfill your dreams.

In 2001, after living   different experiences,   he returned to Argentina, where he was caught by one of the largest crises in the country. He repatriated with the aim of studying, but immediately returned to Barcelona. He ended up studying at Hoffman, a   super recognized gastronomy academy.   After living 7 years in Europe, stabilizing and developing his life, he decided it was time to move again. He traveled to Australia, finally. Between back and forth,   after touring the world   , he decided to settle his head by carrying out a   unfinished family project.

With the energy and learning he brought from the trip, Santiago built what is today   Gapasai.   A special gastronomic project, sustainable cuisine, located in La Cumbre. He used his knowledge in masonry and the tools of Maia, his wife and companion. Since she knew about   permaculture and sustainability.   They built their own home and their philosophy of life that, at first, did not combine with the gourmet line of Santiago.

However, over time, by way of revelation, he could   combine your philosophy of life and gastronomy   . He began to work the land, cultivate his food, and develop a   letter according to the cycles of nature.   This led him to become recognized and won prizes. Also, invitations to different places and to become Santiago Blondel,   chef 5 stars.   Currently, it only works with seasonal vegetables and native foods that   emerge from the land and water of La Cumbre.

It was at the time when   combined all his experiences.   From the permaculture with which he conceived his house, to the   connection with ancestral origins   that led him to connect with nature. His orchard, the ability to build from the elementary, the desire to connect with the essentials led him to   prepare a winning dish:   Tararira crude and river shrimp.

Santiago Blondel   continues to project trips   , continues to participate in competitions and is part of   high gastronomic circles   . It tells the media that   your secret is to trust:   “The conviction that something that dreams and feels is going to give. True information comes out of the soul, which is in a direct connection with the whole, that feeling intellectualize it, I look for a way to capture it and I do it. That is the balance, soul, mind, body, we have to go through that.”