Home Gastronomy Bagna cauda: a legend and its 3 amateur posts

We tell you the story of a traditional Piedmont dish that has its place in the province of Cordoba. In addition, we show you 3 places where you can eat a unique bagna cauda. 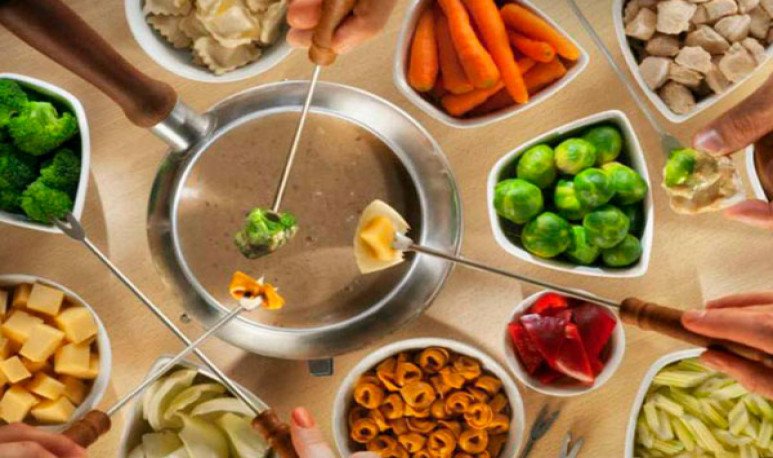 Bagna cauda is the typical dish par excellence of Piedmont,  its name, of course, comes from Italian. Its history goes back many years in this European country,  with which we as Argentines  have a close relationship.  From this Italian region came a great wave of immigration flow during the period 1850-1890.  Its capital and most populous city is Turin. It is located in northwestern Italy and is the second largest region in the country, after Sicily. This region  stands out for its agricultural activity , the inhabitants who came from there dedicated themselves to tilling the land in this territory. This custom is preserved to this day and made us great exporters. It is especially prominent in the San Francisco area.

The Piedmontese occupied the area between the west Santaffecino and the east of Cordoba.  Communities such as San Francisco, Morteros, Rafaela and Las Varillas retain Piedmontese customs and ideologies. Bagna cauda is one of them...

The history of the dish

This dish originates  in the area of Lower Piedmont , called Monferrato.  According to tradition,  it was consumed after the fatigue of vintage and winemaking.  Vineyards, farmers, family members and friends sat  around a fire on the embers  and on it was placed a terracotta container (paila), inside which  was the sauce with an olive oil base, crushed garlic cloves and salted anchovies paste,  warming  without ever getting to a boil.  What today constitutes a luxury for Argentines, was not special for the region, is the ingredient  of anchovies.  The area where this tradition was born was in the old    “salt road”   that started from Hyères (in present-day France), crossed the Alps through the Monviso Pass and went down to the Po Valley.  Each diner brought all kinds of raw and cooked vegetables.  Therefore, there is only one recipe for the salsa,  but infinite ingredients with which to accompany it.

The evolution of bagna cauda

In the original tradition, you could not miss the hunchback thistle of Nizza Monferrato , pre-steamed beets, cabbage and boiled potatoes. Also raw or fried peppers or, better yet, tanned in wine vinegar. Or baked onions, pieces of bread and toast. The variety is infinite... And, in order to follow the tradition  to crack , you should avoid aromatic vegetables such as celery.

In other parts of Piedmont, with the passage of time and the different aggregates of each particular culture,  the recipe has been enriched.  For example, in Saluzzese, where pastures and dairy cows abound  ,  walnut oil was replaced by cream or cream . Even if they keep putting a nut on it. Another variant is that of the valleys around Cuneo , where cheese is added.

Another change that took place at a global level is the use of a terracotta container that includes a lighter or small heater . Such a container is called  fojòt,  and with this mechanism you can  prepare the sauce and keep warm.  In addition, similar to French fondue, food is introduced  into the sauce and then eaten.

In Argentina, especially in the rural areas of our Humid Pampa , there is a large part of the population native to Piedmont.  Particularly in the provinces of Cordoba, Santa Fe, Buenos Aires, Entre Ríos and La Pampa. In these regions, this dish is prepared in the Saluzzese mode, that is,  with the sauce with a base of milk cream and not so much olive oil.  And it's always an expected event  .

In Cordoba,  the National Festival of Bagna Cauda is held.  This celebration takes place in  Calchin Oeste,  a town with an approximate population of 800 people. Every July, about  six thousand diners arrive in the town at the Festival that takes place there.

1. The Courtyard of the Orange Trees

The San Honorato tapas patio  not only has tapas  on its menu.  It also serves fondue all year round , because it knows perfectly how Cordobeses like this dish.

The restaurant serves Italian cuisine in General Paz district. Neighbors in the neighborhood are chochos de la vida because the cream of garlic and anchovies also itches high in  the preference of the Cordoban . It is served with chorizo, chicken, malfatti, ravioli, cauliflower and Brussels cabbage. And they even have a plate of spaghetti that comes out with that bagna cauda sauce, pistachio and nuts.

The  five-star hotel usually offers days a menu  with a spectacular fondue as a main course, plus starter options and desserts. The fondue is accompanied by croutons, cherry tomatoes, grapes, sorrentin ham and cheese, brussel cabbage and more. Just make sure  what day they will offer bagna cauda.