In Mendoza there is a restaurant serving Armenian and Arab food, a reference in the region. Its owners appeal to their ancestry and apply this culture on every dish. 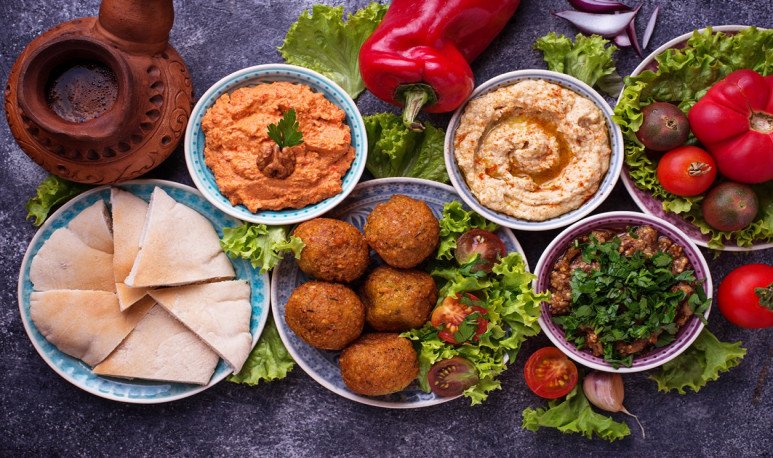 The gastronomic offer of Mendoza is very varied and complete.  There is a multitude of restaurants, bars and venues that present different techniques, food and gastronomic cultures.  Argentinian and Mendoza food is the most offered, especially, thinking of tourists who visit us. However, reversing the formula, there are also many restaurants of  foreign origins, with other cultures, that have been installed in Mendoza, in order to attract the Mendoza diner.  That is the case of Kotayk, a restaurant serving Armenian and Arabic food.

Its owner is Sergio Kurrenthy Fermerian , a chemical engineer descended from Greeks and Armenians, who started at home, with the help of his wife, Celeste , preparing Arab and Armenian sweets on request. He then introduced his products in some  bakeries and cafes . And so the questions and orders for meals began to arrive, giving way to delivery.

The restaurant is located in the district of Los Corralitos, in the department of Guaymallén, 15 minutes from Mendoza City.  This is not a gastronomic area in the province. On the contrary, it is rather residential and, within the aridity of the Mendoza soil, it is quite green and of great vegetation. Thus, the place becomes a perfect scene for a restaurant, as it is located inside a large property with space for parking lots, a little green lawn and a corral with farm animals.

The restaurant itself has the shape of a large house that has been adapted for the occasion. With outdoor galleries, rooms and large rooms where tables have been placed. Thus, some are a little more  private  than  others.

It is necessary to make a reservation so that the table is ready upon arrival. And we are not talking about the table itself, chairs and crockery, but about the first step of the various that make up the menu. As we  enter the room where the table we have been assigned, we find on it a huge variety of entrances and lots of typical Armenian and Arabic food. All accompanied by water, as a base, but with the possibility to order any other type of drink.  Specifically, it is hummus (chickpea paste), baba ganoush (eggplant paste), mahamara (pepper paste), tabule (salad based on parsley and burgol), a table of cold cuts -like basterma - and cheeses -such as chechil or boureg- and variety of olives.

Then continue with another series of  preparations typical of Armenia and Arab countries:keppe naye(raw), children wrapped in vine leaves and cabbage leaves,shish kebab(a kind of hamburger placed on a sword or skewer) taken with breadLavashand accompanied with labneh, tomato and lettuce . There are also mantis, which are small Armenian ravioli stuffed, open and baked. Sfijas and lehmeyun (Arab and Armenian patty, respectively) and keppe saniye (cooked and stuffed with pine nuts). All accompanied by the classic pan frane (also known as pita) and lavash bread (almost as thin as paper).

As for dessert, a variety of sweet food of different origins is served. Mezle —orbacklawa-, sambusek, bridal fingers,maamoul, etc . It is accompanied with Armenian  coffee  , which is particularly strong and has erase. The menu includes the classic anise that is served with the entrance, considered “the Arabic fernet”, as it is also digestive.

This is a different option, which has been successful, with many years of career, and without too much publicity. Simply, the  word of mouth of  those who have attended and always think about coming back (and they do).

Desserts from a Floating Island