Yes, sir. The community of Arab countries stands out in Santa Fe for its rich meals. I learned to make these spijas, or Arab empanadas. 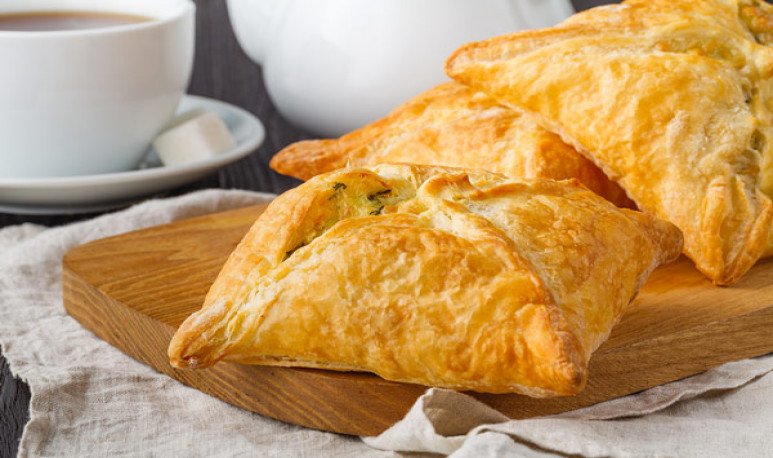 Arab immigrants arrived in the city of Santa Fe at the end of the 20th century.  To this recipe, many grandparents are currently preparing it at weekend family reunions . Those old Arabs who walk through Santa Fe say that this recipe was the most typical of their land of origin that could cook in these new parts (South America, Argentina, Santa Fe. It is that many of the recipes they brought involve certain flavors become impossible because of the absence of the necessary ingredients. In contrast, for cooking empanadas the only thing that changed was meat, since in his homeland beef was not predominant. Long later, when cooking programs began to abound on TV, they noticed that to the recipe was added peppers, tomato, parsley and lemon. Warning these modes of preparation,  the Arab-Santafesinos today recovered the typical formula  claimed that “those chef americanize the recipe” using American ingredients.

How are they going to do that? , if the original recipe is very easy. He doesn't have great secrets. But... if you follow the steps right and try them on a Sunday at noon and under the sun's rays, these spixes or Arab empanadas can transport you to the Middle East.  It's just trying them and closing your eyes.  The author of this recipe says that he toured with his grandfather almost the whole country.  But, when they tried fixes and closed their eyes, they were not transported to the country of origin of great-grandparents. Something is missing from those recipes... that's why these arabesque Santafesinos are forced to share the best recipe for spíjas. Of the real Arab empanadas.

The day before, place in a bowl the minced meat with finely chopped onion. Add salt, pepper and nutmeg to taste and mix well with your hands. When you notice that the ingredients are well mixed, cover the bowl with a dish dish and bring them to the refrigerator until the next day. What will happen during those hours of rest, is that  the acidic juices of the onion will burn the meat producing an oxidation.

Fractionate a small part of the flour. The large part of the flour place it in a bowl with salt and fat, mix and go pouring the water slowly. Dump the dough on the table and knead until you get a soft dough. Let stand for 20 minutes. Re-knead and stretch.  Cut the dough into circles.

Place a little raw filling inside a lid and close in full without leaving any open space. Place them in hot fat and let them cook. Do not puncture them, when it is seen that they are cooked, take them out of cooking with the skimmer. Serve with a cold drink.

Finally , eat them while, for a few seconds, you close your eyes. Trying to get back from Arabia...