Home Gastronomy And Areco came back to life

With the reopening of the historic Bar Bessonart, the village of San Antonio de Areco is back on the streets. 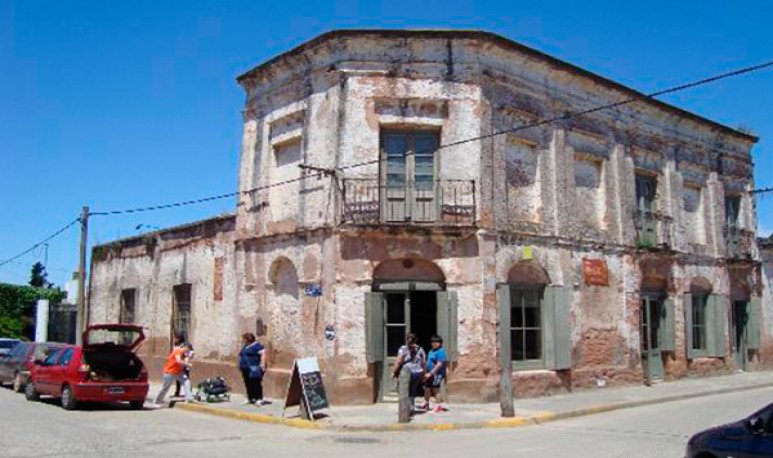 For those of us who were born in the City of Buenos Aires and its surroundings, it is still strange that, just 100 km away, life is so different. And, with the restrictions imposed by  quarantine , even more so. To escape to a nearby town is to connect with another rhythm without having to move a lot. Of course, for several months, that's not a possibility. Among the closest options is  San Antonio de Areco , a beautiful village of Gauchesque tradition. Once there, the must-see is the historic  Bessonart Bar.

In recent days, thanks to municipal easing measures,  the town's  bars  and restaurants returned to the arena.  Neighbors left and life began to look a little more like what they used to have until before 20 March, something that today seems so distant. At  Bessonart , the tradition that has been kept in its walls for 200 years came back:  people returned to the bar . To share, to meet. With a distance, of course, because the COVID-19 prevention protocols brought some changes.

Entering the Bar Bessonart is time travel.  A period of countryside and gauchos, who still occupy their tables and their counter today. Its decoration, full of ancient elements to discover on each wall, on each shelf, makes another story live there. Until 2008, it was a   general store  with drinks clearance . In the past, carriages were leaving from there with merchandise that brought supplies to the rooms.

They say that a gaucho named Segundo Ramírez stopped there, who would have been the inspiration of  Ricardo Güiraldes  for his great novel:  Don Segundo Sombra  . It happens that the writer was also assiduous concurrent to bowling, and there he crossed with a real-life character, who then took to the pages of his historic work. Another who walked around was  Carlos Gardel , who joined the bar when he visited La Porteña estancia, belonging to the Güiraldes family.

Since 1951, at the front of the bar is the Bessonart family, which already has its third generation on the other side of the counter.

From the beginning of the quarantine, Areco was another town. No people on the streets, no traditional Sunday afternoon walks and, of course, no bars.  With the reopening of Bessonart, the village came to life . Even without the presence of the thousands of tourists who received each weekend, the locals took to the streets. And the tables.

A strict protocol was applied for the reopening . First, a municipal inspector determined the number of tables that could be occupied. Of the 20 tables that the bar had, only eight were enabled inside and one for every two meters on the sidewalk. At each table there can be no more than four people and they must remain seated. All entrants  must write in a notebook their data : first name, last name, ID card and a contact phone.

However, the biggest problem was not on the tables, but on the counter . Some of his historical clients had never sat down . Accustomed to drinking their drink as unemployed, having to explain to them that they now had to respect the new rules was not an easy task. But they all abide by the rules, and so there were some who sat down at a table for the first time after decades perhaps.

With this “new normal”, everything has changed a lot. But fortunately, in some places things can feel a little bit more like before.

“If you go through Cheese Season, you can't stop knowing Tandil”