Ché Bar is the dream of a family who, 30 years ago, emigrated to Aruba with a suitcase full of illusions. We tell you his story. 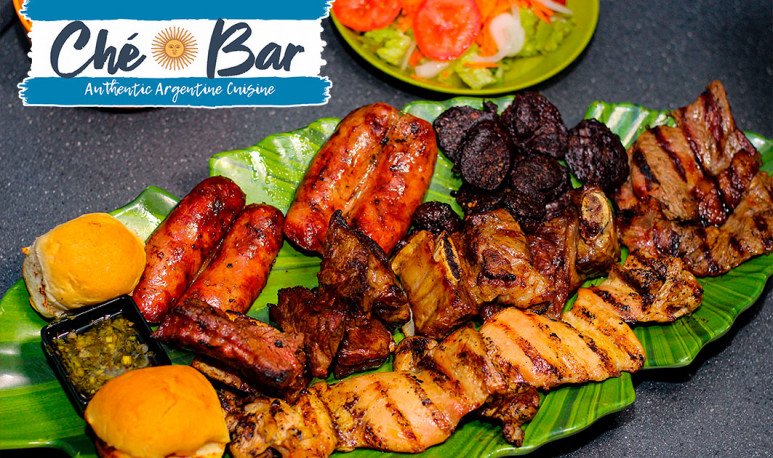 Being an  immigrant  is never easy. By workforce and effort, this family was able to make their way in Aruba. There, they founded a restaurant that could be located in any corner of Buenos Aires. We give the floor to Juan, who tells us how the story of  Ché Bar began.

In the first person

Maybe it's just another story similar to that of many immigrants who filled their bags with many illusions.

Ours began to be very populous, because my father only embarked on his trip to the island on January 3, 1990, in order to get home and school, since on February 7 of that same year we were already my mother, my two brothers and my maternal grandparents based in Aruba.

My dad was a public accountant, but getting such a job was impossible, basically, because he didn't speak Dutch, so he got to start working on the beach by renting mats and trying to sell some catamaran ride, diving, parachute, etc., to tourists, with a Very poor English. At the same time his English began to improve ostensibly (the necessity obliges) and, through the water sports company Pelican Watersports (also run by an Argentinean), managed to be located in one of the hotels within an office open to the public. So he began to become very well-known and a good salesman, and the three of us helped him almost every afternoon to collect the mats and, incidentally, to talk with tourists, which allowed us to start speaking English from a very small age. Needless to say, we learned to speak Papiamento and also Dutch.

When we finished high school, my sister and I went to the USA to study at UNCG in North Carolina (2002-2006) and then I continued in Tampa finishing my graduate degree in Finance and Business Administration. For her part, my sister Sabrina went to Holland where she graduated in Psychology. My other brother, Santiago, who is also a partner at Ché Bar, also went to UNCG (2006-2010) and then graduated in Crime in Orlando.

When we returned on our faculty vacation, we helped our parents who, by then, had the only Bagel Shop in Aruba as well as the factory/bakery that produced the bagels. Then, my father started with his own real estate agency Aruba Brokers and my mother selling leather clothing that he imported from Argentina, until the possibility of opening Ché Bar (2013) arose. Initially as a bar and, little by little, we added a small grill to it.

One dawn in April 2015 we were called telling us that our Ché Bar was completely on fire. Needless to say that we lost everything and that the insurance didn't cover the damage completely. Anyway, with the help of the building owner, we rebuilt the bar. It took us 3 months, but we managed to make it bigger and much prettier. Finally, in 2015, our mother joined our operation as operations manager and we were able to also incorporate breakfast into our menu, where, among other things, we offer banana pancakes with dulce de leche. A few years ago we started importing Quilmes beer to the island, and also tapas of empanadas from La Salteña, to offer an authentic Argentine experience. 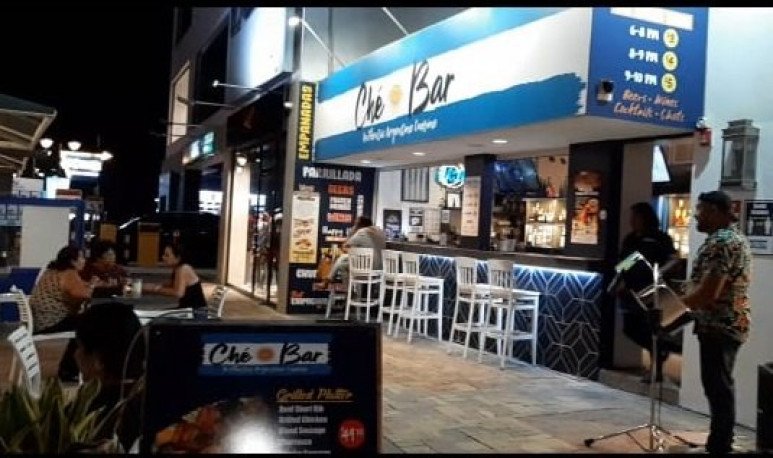 Some of the typical dishes we serve: chorizo, black pudding, empanadas, neapolitan milanesas and on horseback, enraña, roast strip, custard and pancakes with dulce de leche, and we also produce our own chimichurri, voted the best on the island. In recent years, wanting to attract a wider market, we have been diversifying the options on the menu and have included other Latin American dishes, as well as hamburgers, sandwiches, vegetarian dishes, etc.

Honestly, people fill us with excitement when they leave so happy and happy to have eaten in a place that could well be anywhere in Buenos Aires.

My dad, Carlos and I, also have a  real estate agency , where we mainly focus on abroad who wants to invest in the island, whether in a house or condominium, or opening a business or commercial activity.

Do you want to get to know them better? Visit their  networks !