In an era in which we need to review our consumption habits, an international brand of algorithmic foods comes to Cordoba... We tell you more. 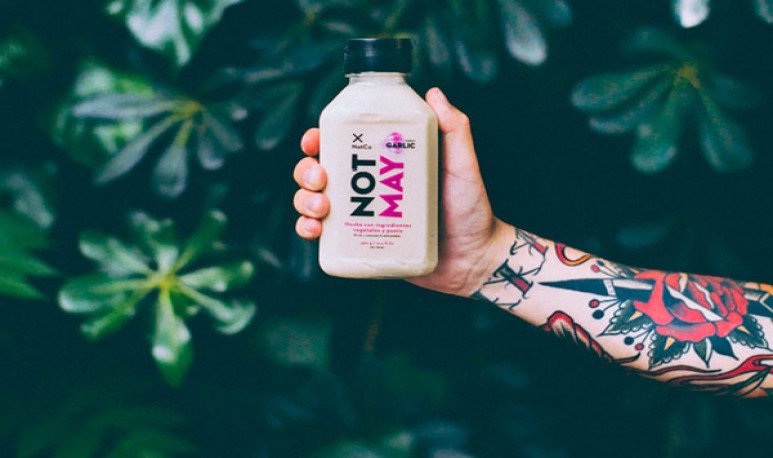 A startupborn in Chile arrives at the super of Córdoba that uses artificial intelligence for foods such as ice cream, dressings or meats with traditional tastes.   These new production methods  make it easier to obtain food  without animal derivatives, and free from suffering.  This company started in Chile, and expanded into Brazil, the United States, and is now in Cordoba.

NotCo was founded by Karim Pichara, who holds a  PhD in Computer Science  and expert in fields such as  machine learning  and  data science;  by Matías Muchnik,  entrepreneur and promoter  of the idea; and Pablo Zamora,  PhD in Biotechnology  and expert in  genomics of plants . The three were the ones who managed  to meet with their proposal ,  in their last round, investments 85 million dollars to leverage its growth.  Only in a year. With its NotBurger, NoticeCream, NotMilk and NotMayo lines,

Its products look, taste and smell like  ice cream, milk, mayonnaise  or traditional meat burgers.  But none of these foods contain ingredients of animal origin, but novel formulas, designed with artificial intelligence, from vegetables.  This company has been leading the advanced  foodtech  in Latin America, a  process that with the application  of technologies such as  big data,  internet of things and artificial intelligence, is  transforming the way food is produced.

NotCo scientists and co-founders of the company developed a unique algorithm and extensive database on various plant ingredients, which they turn to to develop their products . This algorithm, dubbed by the company as  “Giuseppe” , analyzes food at the structural level and  then   crosses the information with different sources to identify the patterns that allow detecting which plants should be combined to replicate the desired product and its properties.

“ We chose Argentina as part of our consolidation process in Latin America. The focus is on creating extraordinary products without changing people's consumption habits.  We found all the data on what gives that flavor, texture and color to your favorite foods and developed an algorithm that tells us how to replace them with vegetables,” says  Matías Muchnick. The entrepreneur says that  92 percent of those who consume  NotMayo mayo mayonnaise, for example, are not vegetarians, nor do they realize the difference it has in its manufacture from traditional ones.

With the database provided by “Giuseppe” they manage to develop products without using animal fat, milk or animal derivatives.  Thus, they replace these ingredients with vegetable foods such as:  different types of legumes,  fruits, oils, SintacC flours and other non-GMO.

NotCo is a company that revolutionizes the food industry , demonstrating that industrial production can be achieved without poisons or environmental collateral damage and above all, without animal abuse.  In addition,  it comes to cause consumers themselves  to question what are the ingredients we are using as fuel for our body. In a daunting context, in the midst of a pandemic and fighting against agreements toxic to our environment, such as the possible treaty with China,  the presence of such international companies becomes a necessary novelty.

The time of change is now. It is the ideal time, and there is not much left, to realize that packaged, industrialized and animal products are not the way out.Soledad Barruti in his books  tells how the food industry is becoming less convenient and more toxic. From economic, to social, cultural and environmental aspects.  In Mal Comidos y Mala Leche places special emphasis on the  need to revolutionize our consumption and production modes . NotCo  comes to be functional to the food industry  , but revolutionizing it and using new technological forms in its favor.