Home Gastronomy Alfajores made in house

A product that, in most cases, is bought at kiosks, supermarkets and warehouses. But here we teach you how to make homemade alfajores. 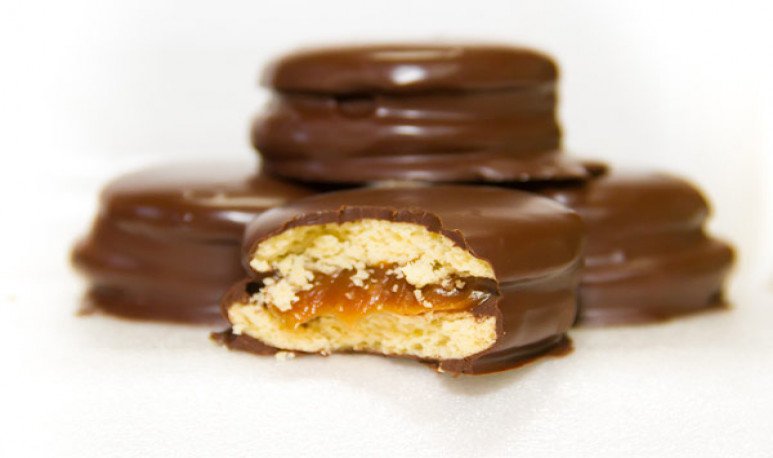 We Mendoza boast of having some of the best alfajores in the country. At least, this is how they mark the contests and  awards  in the field. However, we can also give you the recipe to make your own alfajores at home. It is true that, a  priori, it seems like a hard product to achieve on its own and with ingredients a little scouted, but you will see that it is much simpler than you think.

This sweet so particular that, over the centuries, became its own, comes from  Spain ,  but was taken from the Arabs, in whose language it bore the name of “al-hasu” meaning “ the filling”.  Like many words, he got deformed and ended up calling himself alfajor. He arrived on the continent in the fifteenth century, when the first trips from Europe were made.

It just became a massive treat around the  40s when it came to kiosks across the country, plus it was here that the dulce de leche was incorporated  ; and, in a more sweet way, we put the two tapas to make it look like a   sandwich . At present, 6 million alfajores are consumed per day.

The first major brands to emerge thanks to this delight  were Bagley and Terrabusi, which at that time was the largest cookie factory in the world . This treat was popular thanks to street vendors. In some paintings of 1844, many of them can be seen immortalized at the time of sale.

The first recipe recorded in the country was in 1840  in a manuscript book of home recipes belonging to the daughter of Juan Martin de Pueyrredón.

Alfajores can be with dulce de leche , sweet fruit, covered with  chocolate , sugar or frosting, no matter the color or the stuffed, remains and will be the favorite treat of most Argentines.

To begin with, in a mixer we whiten the butter with sugar and honey. Scented with the zest of 1 orange and 1 lemon. We add vanilla essence and a pinch of fine salt. We incorporate the eggs and continue to beat. We sift flour, corn starch, bitter cocoa, baking powder and ammonium bicarbonate. Add the dried sifted to the creamy and work the dough until it has taken a homogeneous consistency. We finish joining with our hands, give it shape and let it cool. Once the dough is cold, we stretch it to 5 mm thick. We cut the lids of 5 cm in diameter. We bring to a preheated oven at 180 °C for 10 minutes. Remove, leave to cool and join the tapas with dulce de leche previously lightened with rum. We bathe with chocolate for alfajores melted in a bain-marie. We leave to temper at room temperature and store for at least 2 days to consume, if they can resist it, so that the flavors intensify.

I learned to make cornstarch alfajorcitos

Fish sucker that is for eating and not for dressing

Do you want to sweeten your days? Add pastry cream