We tell you all about this species of native Cordovan mountain that has amazing and unique properties. 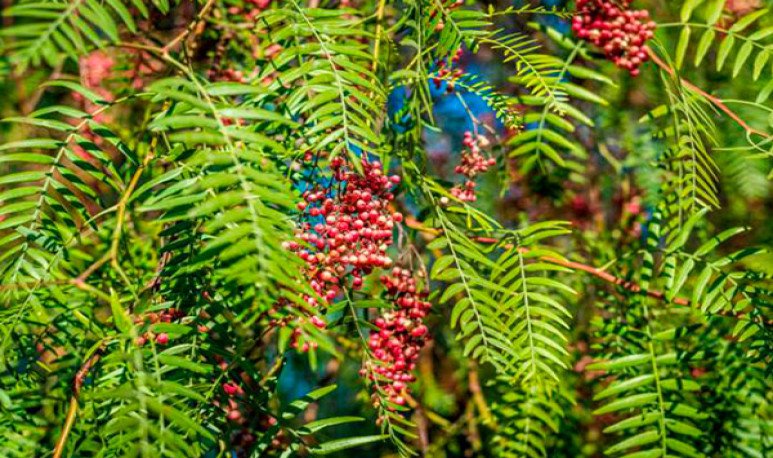 The so-called aguaribay in central Argentina (Schinus areira) is a tree  of the genus known as molles. It is native to South America, where  it grows wilderly in central and northern  Argentina,  from the province of Córdoba to Jujuy.  For its value as an ornamental it has been introduced in temperate and warm areas  around the world . In Peru  it was a sacred tree for the Incas, native to the interAndean valleys of central Peru, especially the arid and semi-arid regions of the steppe mountain range and the lower montane forest.

Other common names it receives are molle  (Chile), molle del Perú  (Catamarca), molle de Bolivia  (Jujuy), molle de Castilla  (Jujuy and Bolivia), gualeguay, pepper, pepper shaker, pepper shaker, pepper tree, terebinto, devil pepper, balsam, curanguay and Mulli.  As many names as medicinal properties... it is a medium-sized tree,  although it can reach  20 meters. The trunk reaches up to a meter in diameter or 1.50 m, with rough, reddish bark. The foliage is persistent. It is a dioecious species, that is, the male and female genera  are in separate specimens,  their fruits and seeds almost spherical, red when ripe,  are very decorative and very sought after by birds.

The crown of the tree is wide and dense,  with hanging young branches, leaves up to 20 centimeters long composed of numerous pairs of sharp leaflets, bright green color emitting  a strongly aromatic smell ,  which reveals its condition of a medicinal plant. 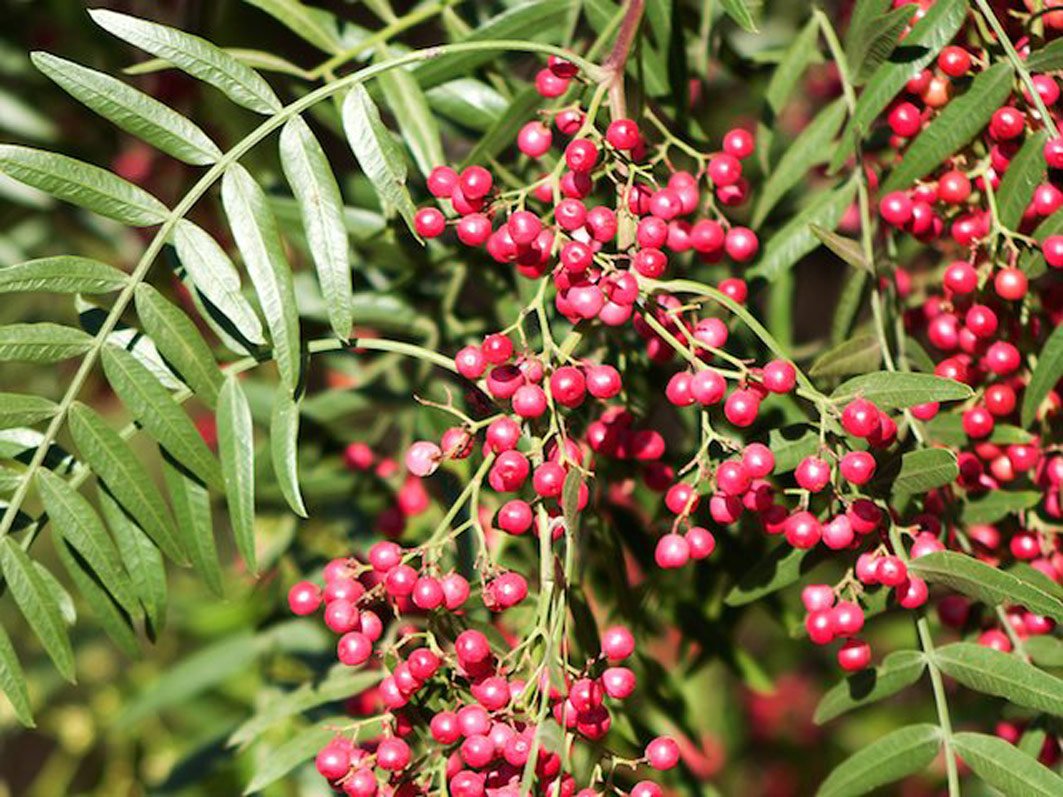 History of the aguaribay

In the square of the tourist village of Capilla del Monte we see planted several specimens of aguaribáis dating from the time of the urbanization of the village . This specimen is born in places that are favorable to him spontaneously.

At the time of the Incas they were planted around Cusco.  The resin obtained from its trunk was used  to embalm corpses, to heal wounds, and treat lung conditions by dissolving in boiling water. The  antimicrobial properties  of the oil are currently being studied.  In some northern towns  advise to scare away bad waves burning sugar on a can with embers and throwing on them a handful of green leaves of this á special tree. It was also used by the Inca army to fight their enemies  , they made large campfires and threw green leaves into the fire producing smoke with effects similar to pepper spray.

Benefits and ways of consuming aguaribay

Its fruit is usually used as a  substitute for pepper, in sausages and empanadas,  because it is slightly spicy. Fresh leaves are used  for sciatica and rheumatic pains.  With fresh boiled leaves relieve inflammations of the lower limbs. Ashes are used as an ingredient in the  preparation of soaps and as a healing agent.  The infusion of its leaves serves to  fight the cold.  When cooking the leaves and bark of this tree, a  liquid of intense yellow color is obtained,  which is used as an input  to dye various tissues . And the infusion of the bark alone  relieves menstrual pains,  as it possesses principles that blend blood. The branches and fruits of aguaribay, when mixed in water, along with corn seeds, allow  obtaining a fertilizer.

Also with the fruits a  drink similar to corn chicha is prepared.  Ripe fruits  are wrinkled with their hands in hot water  , then the liquid that is allowed to ferment for 3 or 4 days is filtered. The medicinal virtues used by the incas detail the use  in infusions for diseases of the kidneys and bladder.  The fragrant resin was used to  heal wounds and ulcers, as well as  filling teeth . Tender leaves  relieved liver conditions and stomach colic.  The Andeans mixed the juice of the leaves with milk and applied it as  eye drops in conjunctivitis.  Cooked fruits served  as diuretics.