Home Gastronomy A wine from the Chubutense mountain range 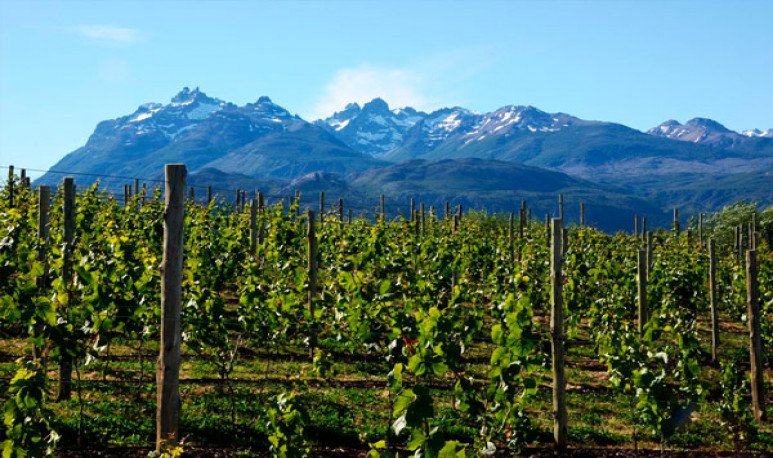 If we talk about  wines fromPatagonia  , we can find as pioneers in this area the drivers of the  B   odega of the End of the World in  Neuquén  , more precisely in  San Patricio del Chañar . The proposal was growing and became, in addition to one of the most successful projects in the field, in a north for entrepreneurs who start on this path.

In the  rionegrina  town of  Villa Regina  ,  we can also find different vineyard projects, but we will talk about them again, because we will continue on the way south to learn about the proposal of the Nant and Fall vineyards.

The venture is located in  Trevelin ,  Chubut province. The name comes from  Welsh , a language that continues to be spoken in the region by settlers who arrived on the coast of  Puerto Madryn  aboard the sailboat Mimosa on July 28, 1865. “Autumn Stream” is the translation of Nant and Fall.

The vineyard is located just 12 kilometers from the Pueblo del Molino -the Welsh translation of  Trevelin  - next to Route 259, on the way to Chile. The Rodríguez family is the one who took the shoulder this project that also included in its oenological proposal guided tours and a campsite that became a must stop for travelers arriving to that Patagonian town.

Pinot noir plants are on a small slope with north exposure. They are born a  “complex, different and, above all, high quality” wine,  according to Chubut, and they are proud of the great criticism made by British journalist, announcer and commentator of British wines Tim Atkin, one of the most recognized in the world, who called the production of the world.; n of Nant and fall with 90 points, which could be interpreted in a contest as a gold medal.

The pinot noir of the   chubutenses   has a cherry red hue, fresh aroma, with marked notes of the red fruits that grow in the region -such as cherries, raspberries and strawberries. In their description, they say that the drink “has a pleasant juiciness and silky tannins that make it levitate on the palate” and that it is “a remarkable young wine with great potential” which is recommended to be kept at 12°C and drink at a temperature of 16 to 18°C.

One of the great challenges that entrepreneurs face is the  inclement climatic conditions of the Patagonian mountain range,  so they must be prepared for the raw frosts. To do this, the winery uses a microsprinkler system, which generates a drizzle of small drops of water above the vineyard when the temperature drops to 1 °C (1 degree prior to freezing). This helps protect the vineyard with 100 percent efficiency up to temperatures of -10 °C.

Much more than wines

However, the Nant and Fall vineyards offer a complete experience, since from a guided tour of the vineyard, you can learn all the work that entrepreneurs did to transform a scrub into a camping area.

Over time, in addition, services such as field warehouse, gastronomic services and their own cellar were included, since they consider it inconceivable that a tourist wants to buy a bottle and is not available.

In addition, visitors will find an organic vegetable garden, illuminated grills, organic garbage cans, covered spaces, restaurant and, if that were not enough, a beach on the river.

The best quince is tested in San Juan