A fruit of which they say will be the food of the future. We tell you interesting facts and properties of the air potato... 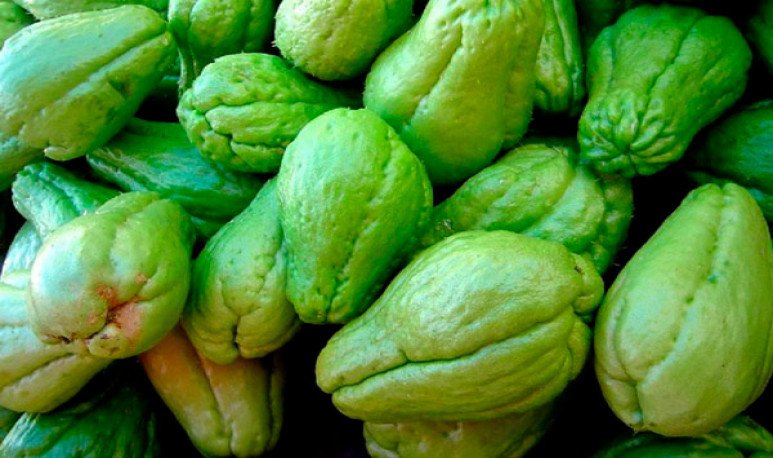 The potato of the air, chayota or chayote is a cucurbit native to Europe. Its scientific name is  Sechium edule and was formerly cultivated by the  Mayan and Aztec civilizations  of Central America .  Its cultivation is mainly carried out by its fruits, roots and tender stems and is used as food in  many ways and in many regions.  There are several varieties that is why according to their variety is their  green color, which can be more intense or softer.  Although there are also potatoes from the air  of white and yellow peel.

This fruit that nature  gives us is  good for diabetic people,  as it  activates circulation,  and  effective against diseases of a stomach  . It is rounded in shape and has an appearance similar to the fruit of the avocado.  Its taste is soft and somewhat sweet at the same time.  Like avocado, it has a face in the middle of considerable size. This carozo constitutes the seed that, ideally, should be planted in autumn.  It has a white pulp, very rich in taste and low calories . It is rich in  fibers, in vitamin C and low in sodium and in calories.  It has plenty of water and is  diuretic.

The cultivation of chayote is easy and it is an aesthetic plant.  It fructifies in autumn and gives beautiful fruits that weigh, on average,  500 grams each.  Since the fruit is heavy,  it is necessary to preserve the plant  by placing the guides on a safe structure.

In the development season, spring and summer, take some guides that are up to 6 meters long. Such guides, in summer, are filled  with large rough heart-shaped leaves  and their size can reach up to 15 cm. This gives the possibility to quickly cover a surface both a wall and a patio  where we need shade.

This plant is simple, does not require great care.  It does not need a lot of water, only light watering to its roots, in the event that it does not rain. During the hours of intense sun the leaves  as a defense  close so as not to completely dehydrate. Once the sun is hidden, you can water and wet its foliage so that it  regains its natural strength. 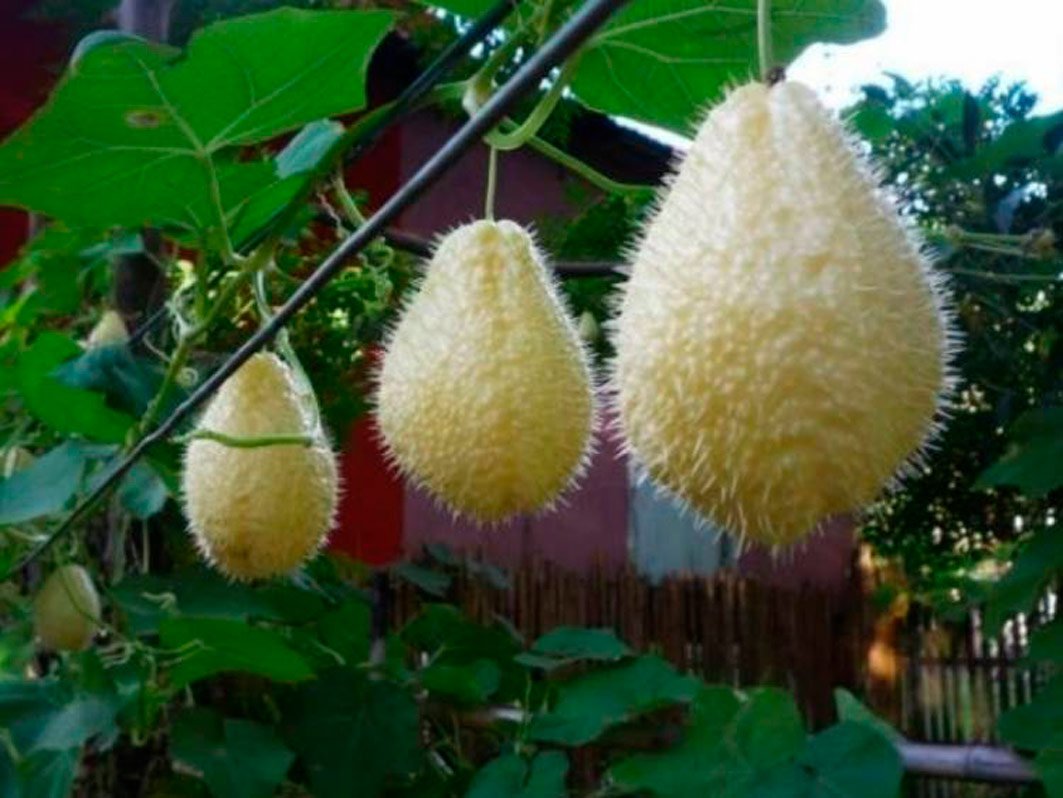 Experts say that the ideal month for planting chayotes is in August, so that it sprouts in September more strongly.  You have to choose a place of sun and think that it is a plant of large dimensions.  Its guides extend a lot therefore requires large space.The common way to plant it is  with the whole fruit  and the plant will emerge from the inside of the fruit itself from its seed.

Where do I find her?

Although its consumption is not widespread, it  has an important agroecological adaptation in the province of Córdoba . With concentrated production during the autumn months, until winter began.  It is a food that is just  beginning to be known. It is still not easily found and, if found, its cost is high. But it has  a lot of chances of growing and developing massively.  Its properties are favorable, in addition to having few calories.

Air potato is used in cooking preparing in several ways, the main point is  to know that it exists, that it is good and that it is another possibility of getting food without great sacrifices. With this fruit, you can prepare  thousands of recipes as it is super vesatile and delicious in all its forms... almost like the common potato!