Chaco cuisine is amazing, each recipe is richer than the previous one and, in this case, it is not for less with the culinary pleasure of cooking pacu. 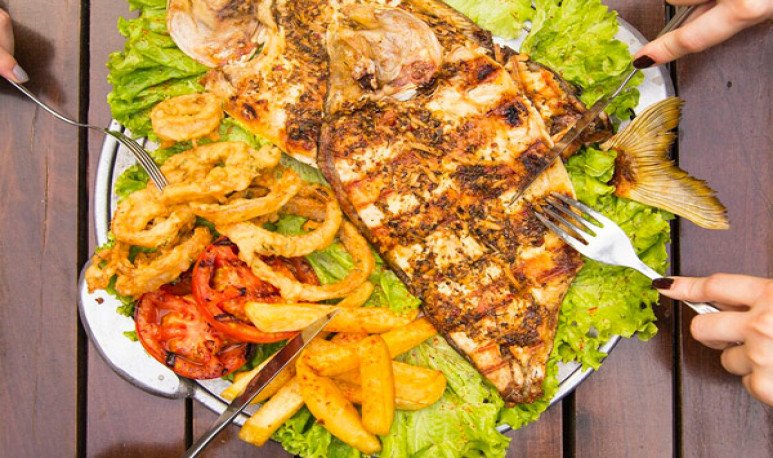 Among the succulent dishes that Chaco has to offer us is the delicious pacu. A  regional  meal that will delight fish fans like no other recipe. A real culinary pleasure from Chaco.

Pacu is a fish which is known as “chancho de río” or “piglet de río”. It is a  species  native to Chaco, its flavor is as rich or more than that of surubí. It should be noted that this fish is a distant cousin of a small carnivorous and lethal species - piranha. It has similarities. One of them, his bite is not lethal, but it is really painful. Its resemblance to the scavenger can be observed, although it is larger and more voluminous.

Many people have refusal to eat this animal, because of its habitat at the bottom of  rivers . Even so, pacu is omnivorous and, contrary to the belief of its barroso taste, is different from other river fish, because it does not seek food in the mud. Their diet is based on the fruits and berries that fall from trees on the shores. Another peculiarity is its tasty fatty meat very different from that of sea fish. While fishing is popular, it is also produced in large hatcheries around the country, so it is marketed and distributed throughout the year.

Already provided the details of this river fish, let's move on without further ado to the long-awaited recipe.

We peel the cassava and cut it into very thin pieces. In a frying pan, we heat 4 tablespoons of oil. We place the cassava until golden brown. We remove it from the pan, drain on cooking paper on a plate. We season with 50 grams of salt.

Preparation of the garnish

First of all, we wash the newly used frying pan. Already clean, we place 1 tablespoon of butter and ½ cup of blonde sugar, until we take a consistency of light caramel. Peel the castings, chop the carrots, and add them together to the nuts to the pan. Season with salt and pepper, stir until the ingredients are bathed in the caramel.

In a medium bowl add the  butter , chopped parsley, salt, pepper, ground chili pepper, chopped garlic, oregano and tablespoon of vinegar. We season with salt and pepper. We mix until a creamy consistency.

First, we will clean the fish, consider whether it is brought home by traditional means. We cut the fins from it very carefully. We open in half. If it is purchased at the fishmonger will already come by default open. We season the inside with salt and pepper. We fill with chimichurri butter. We prepare a roast with the cut pieces of the red onion. We place the fish on the onion mattress and a bowl of water. We cook in oven at 180 degrees for 25 minutes. Remove from the oven. Let stand for about 10 minutes. In each plate we will place a portion of pacu, next to it we place the garnish, season with what was left of the chimichurri butter and decorate with cassava crunchy.

In this way we will get a dish from Chaco in all its culinary splendor. Surely diners will not want to miss even a pinch of this tasty pacu.

Boiled fish, which does not look like sick food