Home Gastronomy A book with repulgue

The best empanadas in the country already have their book. The masterpiece will be published in early 2022, and its protagonist will be the Mendoza “La Chacha”, the specialist and only cook of the Federal Championship of empanadas. 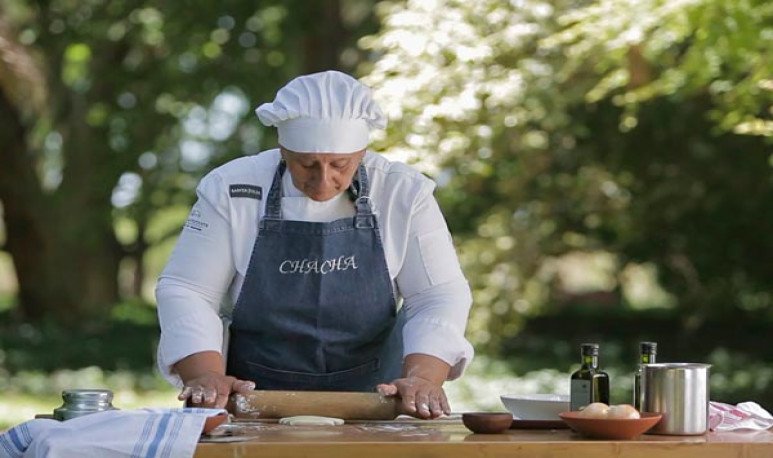 Maria del Carmen “la Chacha” Vicario is a pure mendocina  that cooks the best empanadas in the country.  She was born in Tunuyan 60 years ago, but lived almost all her life in San Roque, Maipú. From little girl she grew up on a farm  at the foot of the Andes Mountain Range.   There, he cooked since childhood, especially as an  assistant to his mother,  who unveiled her  ancestral culinary secrets.  At the age of seven, La Chacha  was treasurer of the family's empanadas recipe . Gradually,  with the passage of time , he discovered  his own secrets and tricks to enhance the recipe.

Since 2004, this woman has been working at the Visitor's House.   It began as a pothole, but  became the soul of the place,  because his patties became  the main dish and the most chosen of the menu.   The one that led her to stardom was the beef empanada at the Federal Empanada Championship.  With her recipe she became a champion among fifteen cooks specializing  in this Argentine dish. However, the Casa del Visitante menu  includes    three more options  .    also prepares delicious   versions of corn with squash, cheese and candied onions,  a recipe that Grandma Emma created for grandfather Tito Zuccardi, who was a vegetarian. 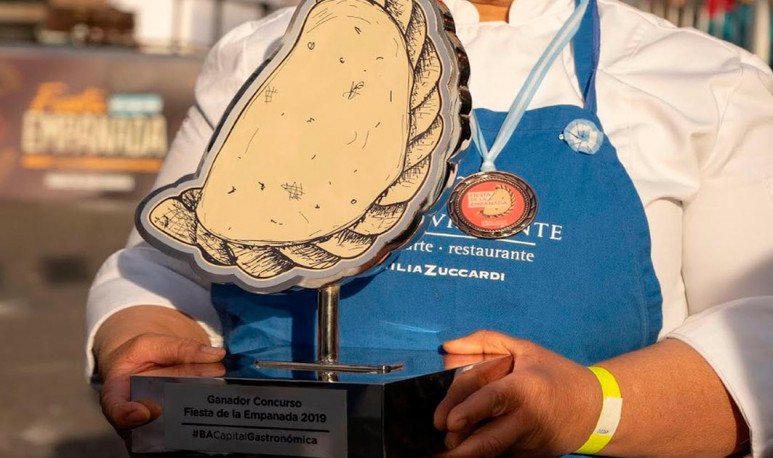 To get to the recipe for the best empanada in the country , the first thing was to add the mixture of lard and vaccine fat to the dough, to simplify the steps. But, he ensures that  his key shortcut is to sprinkle the folds of the puff pastry with corn starch.   As for the filling, combine white and green onions with the same amount  of loin meat cut by knife . The ingredients that accompany and enhance the flavor are: hard-boiled egg, chopped olives, oregano and a touch of olive oil. Then,  the magic hand that does the repulgue . And, above all,  the secrets of their baking.

The most specific secrets are going to be published in a book , which is still being edited.   La Chacha decides to share her culinary wisdom  with  anyone who wants to know her . Eight months ago,  Julia Zuccardi and Catapult editor  Victoria Blanco started working on this book. It was after his triumph in the Federal championship, and he intends to tell the story of this character from Mendoza.   If everything goes well, the work is published by the  end of this year or the first months of 2022.

Julia is responsible for Tourism and Hospitality  for the family's projects, she is also the one who called La Chacha for the championship and made  her recipe known .   She says, “    The one with the empanada was a prize for her life  and, with this book, as a family, we want to give you a little of everything she gives to this place.   He's the most generous person in the world.”

On the other hand, the editor Blanco, expresses:

“ There is an amazing product and a wonderful recipe, but behind is a strong and wise woman,  to whom a lot happened, who knew how to overcome, find her place inside the structure of the cellar and make it grow. So big what happened to empanadas that gave  a new identity to a restaurant that was already very solid:  you arrive at Casa del Visitante, and the welcome is in the Patio de Fuegos,  with its empanadas and a glass of wine .”

The book will tell the story of La Chacha,  her recipes,  all the secrets of her empanadas . But it will also focus  on other delicacies such as cupcakes,  quince sweetness and  typical products of the area  . In addition, it will have a section with the recipes of  six recognized and invited pies  from other regions of the country.

The intention of the publication  is also to talk about Mendoza  and how  the identity of a place is built from its recipes.   The edition is  the third project that the company develops with the publisher.   For its protagonist,  it is a dream fulfilled :

“ No one can imagine the emotion I felt. I never expected anything like that. I was already happy about the empanadas, it's a lot.  The book is the nicest thing that has left me all this experience,  it's a big thing. I'm so grateful to everyone.”

The best empanadas in the country are from La Chacha

Honey: everything you need to know about this miracle of nature

Sorocabana: the bar where poetry is served

Oxalis: the way back home

Spain: they produce malbec on the other side of the Atlantic, but with the same Argentine passion